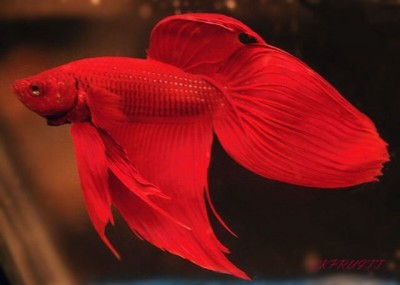 Betta Splendens, commonly known as the Siamese Fighting Fish, is one of the most beautiful freshwater tropical fish available for the home aquarium. Their broad array of bright colours and gorgeous flowing fins make male bettas a constant favourite, catching the eye of many a customer when on display in aquarium shops. Their obvious curiosity and fascination with events going on outside of their tanks has also given bettas, whether male or female, the deserved reputation as a wonderful pet or addition to an aquarium. They are, without doubt, ‘fish with personality’, and this, coupled with their physical beauty, inspires many people to keep them.

But sadly, they are also some of the most abused fish in the hobby. There is a handful of often-spread myths relating to their care that has resulted in their frequent mistreatment, often through ignorance rather than intentional negligence. They are often shown on display at aquarium shops in tiny individual bowls, or even cups, which barely give them enough room to move, and certainly not to swim.

They are bought many times by people in the belief that they are perfectly happy in tiny containers or bowls, and often the only advice given to new male betta owners is not to keep them with other males. The fact that males will fight to the death, ripping shreds out of each other as they do so, is certainly not myth, so this advice is well given. But they are not the extremely low maintenance fish people are often led to believe, and have all the requirements of other freshwater tropical fish.

Bettas are often kept in tiny containers or bowls, some of which hold a mere 4.5 litres (1 gallon) or less, under the illusion that they are happiest in small to tiny tanks. They are not fast swimmers, unlike many smaller fish such as barbs and danios, and therefore do not have the same needs for swimming space as these fish do. Barbs and danios are not be able to swim normally in a very small tank, and so should not be kept in such conditions, but bettas do not have the same need for swimming space, and can cope with somewhat cramped conditions. So it is true that bettas are better equipped to deal with living in small quantities of water and cramped quarters than most other fish, but this does not mean that these are their optimum conditions.

It is often quoted that bettas live in ‘puddles’ in the wild, another myth that supports keeping them in miniscule containers. This is simply not the case. They are largely found in Asian rice paddies, which are certainly shallow bodies of water, but are by no means puddles. Rice paddies are huge areas of water, so wild bettas actually live in thousands of gallons in the wild.

So indeed, they can live in very small containers, but this does not mean that such conditions are perfect or even adequate for them. They can be very happy in larger tanks given the right conditions, and as long as their tank mates are not fin-nipping fish such as tiger barbs, or potential rivals such as equally bright-finned male guppies, they can make wonderful community fish. Being naturally inquisitive fish, they enjoy the space and variety a larger tank with plenty of foliage provides them, and even seem to enjoy the company of a few tank mates.

Among other myths that are often spread about betta care are their needs regarding filtration and aeration. They are often seen as ‘low maintenance’ fish, and seem to be all too frequently sold and kept without filtration. They depend as much upon filtration as any other fish, and will suffer the same effects of ammonia and nitrite poisoning as any fish kept without filtration. It is possible to keep them in small containers without a filter, as long as their water is changed every day, but in optimum conditions they should be provided with adequate filtration for the tank in which they are kept.

Due to their labyrinth organ, which allows them to breathe air at the water’s surface, bettas can live in less oxygen-rich water than can other fish. This provides their gills with a support mechanism, but is not their primary breathing organ, so aeration in the form of surface movement should still be provided. An ability to take oxygen from the surface is also beneficial if ammonia is present, as ammonia decreases water’s
oxygen-carrying capacity, but this does not mean that bettas are any less susceptible to the other detrimental and eventually fatal effects of ammonia.

Bettas are also often purported to be able to survive without a water heater. It is feasible that they would not require excess heating if kept in a very warm house where the water temperature did not fall below 24 C, but they are most certainly tropical fish, and therefore require tropical temperatures. The small tanks and bowls bettas are often kept in will lose heat far more quickly than a larger tank, and are often too small for a heater to be fitted, which gives yet another reason to keep them properly in a reasonable sized tank.

The last myth, and perhaps the worst, is that bettas do not require food. This myth seems to go hand in hand with the sale of betta vases, which are essentially a household ornament. These ornaments consist of a small glass vase, often attractively shaped, filled with water and containing a plant, often a lily, and a single male betta. Not only does the idea of keeping any fish as a mere ornament rankle with the serious fishkeeper, betta vases are cruel, unnecessary, and sold to the ignorant by-passer with the rational-sounding myth that the plant and betta will support one another. The plant is said to thrive on the waste products of the betta, while the betta will supposedly live quite happily nibbling on the roots of the plant.

This plays on the theory of a self-contained ecosystem, something which can possibly be created artificially, but only in much larger environments. The volume of a vase is far too small to create a stable ecosystem whereby the plant would thrive on the betta’s waste products whilst cleansing the fish’s water and providing it with sustenance. It simply cannot be sustained in this way.

Any fishkeeper who has kept a betta of any gender will know that they are voracious little eaters, attacking their food with gusto and often overeating if not monitored closely. They will not, under any circumstances, thrive by nibbling on the roots of a plant. For a start, they are mainly carnivorous, enjoying live foods wherever possible. And while it is true that a betta kept in a vase will be seen picking at its plant’s roots, this is brought about through food deprivation. A starving betta will nibble at anything available. Any animal deprived of food for a length of time will resort to eating whatever it can, but this does not mean that it does not have feeding requirements, or that it is receiving proper nutrients from whatever it is eating out of desperation.

Coupling the extremely cramped quarters of a vase, many hardly allowing the betta room for movement, with the advice that the fish is totally maintenance free and will not even require food illustrates the fact that the betta vase is a cruel and completely inadequate method of keeping a fish that has needs as complex as any other species.

It is not just the reasonably common vase that bettas are cruelly subjected to. For reasons that can only be attributed to the aforementioned myths, bettas have all too
often been viewed as no more than pretty ornaments and even fashion accessories. Betta-containing products have been sold that demonstrate outright animal cruelty, such as a betta handbag, of all things.

Thankfully this ridiculous idea never seemed to spread, but it consisted of a gaudy-looking handbag with a small betta display contained within it. The display was no more than a plastic bubble of about six inches in diameter, containing nothing but water and a single male betta. The usual myths were declared in the product’s advertising, thereby alleviating any worries that the purchaser might have over the fish’s well-being, leading people to believe that the betta would be perfectly happy and even thrive in such an environment.

The extreme stress inflicted on a fish being carted about as a fashion accessory, not to mention the temperature fluctuations, noise it would be subjected to, and complete lack of any filtration or requirement for fishkeeping knowledge makes the sheer cruelty of this product obvious to behold.

If only this horrible example of fish being used as decorative products was alone, but sadly, the innocent betta seems to be the subject of such cruelty all too often. They have been displayed on walls in small aquarium ‘picture frames’, used in ornamental
water features, and left in tiny unheated bowls as a modern alternative to traditional flowers in hotel rooms. They have even been used as wedding table decorations that
double as favours, allowing guests with no knowledge of their requirements to take
them home at the end of the celebrations, presumably to continue to use them as mere ornaments.

The betta’s short-term ability to withstand extreme environments has led to its use and abuse by many who have seen it for nothing more than the truly beautiful fish it is. They are eye-catching indeed, and wonderful fish to keep, but their requirements must not be overlooked, and they must not be made to suffer as a result of our wish to capitalise on their beauty.

If a betta is kept in a heated, filtered, covered tank, either on its own or in a well-planned community, with plenty of aeration and enough nutrient-rich food, he will thrive and exhibit happy, often entertaining behaviour and antics. Kept properly, he will be a highly recommended and rewarding fish.

The repeated suffering of bettas, unintentional or otherwise, as a result of the myths surrounding their care, is completely undeserved and must be brought to an end. Bettas are living animals with specific care requirements, not mere objects for the simple pleasure of human beings. Give them the proper care that they deserve, and they will provide fascination and enjoyment for years to come. 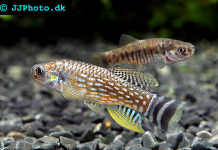 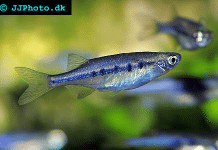