Appropriate and proper water chemistry in our tanks is essential to the life forms within them. Maintaining the correct balance of ions, dissolved organic compounds (DOC’s) and dissolved inorganic compounds is not only important, but it is crucial to the longevity and health of the organisms counting on us for their survival. But how many of us are chemists? Can someone who has nothing beyond high school Chemistry really make sense of all of this? Let me help. 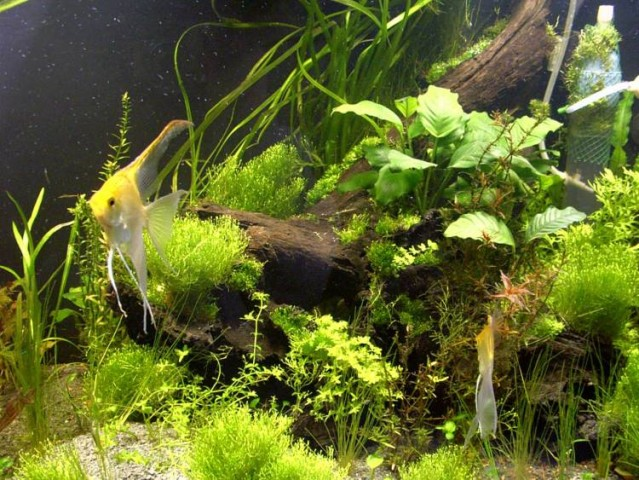 A properly balanced aquarium can be a thing of beauty.

pH. One of the first things a new hobbyist does to check water chemistry is to test the pH of their water and then announce with pride what the result is. Yet the meaning of that result is as unclear to them as a book written in a foreign language. So what is pH? For starters, it’s a lower case “p” and a capital “H”. It stands for per(cent) Hydrogen or more specifically power of Hydrogen. H+. pH is simply a measure of how acidic or basic your water is. It is rated on a scale that runs from 1-14. Seven is the center. At seven the water is neither acidic nor basic, its neutral. 1-6.99 is acidic and 7.01-14 is basic.

An important thing to keep in mind is that the scale of 1-14 is NOT linear, its logarithmic. Yipes, I haven’t hear that word since Mrs. Smith’s 10th grade Math Class and it was scary then! Ok what this means that all the numbers are raised to exponents and get really big (or really small) really fast. The difference between 7.1 and 8.1 isn’t 1, its ^10 (which by they way =10.) The difference between 7.1 and 9.1 isn’t 2, its ^100 (which equals 100!!!) However far apart the numbers on the pH scale are, is how many zeros need to be on that exponent. In really simple terms, a shift in pH of 1 is big, but a shift in pH of 2 is 10x bigger!!!

Ok this lovely chemistry lesson is great, but what does it have to do with my fish? Simply put, your fish cannot tolerate a significant shift in pH. Changing the numbers of ions (either H+ or OH-) in their water causes a list of problems with almost every organ system they have. Rapid shifts cause rapid death. So what is a significant change? Changes of 0.3 inside of 24 hours are enough to cause stress; changes over 0.5 can cause death in some species. Changes in pH need to take place on a time scale of days and weeks, not hours.

While there are species of fish that are rather uniquely adapted to life in a specific pH range, most fish in this hobby are not. Most fish will do fine in what ever pH you put them in, so long as the pH does not change rapidly. Keep it steady.

KH. Also called Alkalinity, Carbonate hardness or Buffering capacity. Buffering capacity is the ability of your water to prevent a change in its pH, by absorbing H+ or OH- ions (acid and bases) with out changing the pH. Buffers have a limited ability to absorb these ions. Only ions that are free can change the pH, the ones that are absorbed cannot. Water with a high KH can absorb many ions; likewise, a low KH will mean that fewer ions are absorbed. The buffers are nearly always carbonates or bicarbonates, which is where they term “carbonate hardness” comes from. As the carbonates bond with ions in the water they become used up. Once all the carbonates are used up, the pH is suddenly free to change rapidly.

A high KH can help to keep your pH stable, but if you want to change your pH, can make it rather difficult to do so. Lowering the KH will allow you to change the pH of the tank, but is risky at best.

Ok, give me numbers, what should my KH be? KH is measured in 2 scales. Most kits measure in dH or degrees of hardness. If your KH is below 4dH, its time to worry. Frequent water changes can keep your KH of 4dH refreshed and doing its job, but if you neglect to do those, the 4 dH that you have will get used up rapidly and your pH may start to drop quickly. One dH is equal to17.8ppm. To convert between them simply multiply or divide by 17.8.

GH or General Hardness. . General hardness is a measure of a group of dissolved ions that have a +2 charge on them in the water. The vast majority of those ions are either calcium or magnesium, so it is often thought of as a test for just those two ions. This is also measured in dH or ppm and gets converted the same way KH does. It is this measure that is being referred to with the terms “hard” or “soft” water. Soft water is defined as water that has a low GH, typically 0-6dH. Hard water has a high GH of 12-30+dH. Commonly, high GH is associated with basic pH and low GH is associated with acidic water, but this relationship is not always the case.

The presence of these ions in the water is of huge importance to our fish. Calcium is obviously important in building bones and such, and yes fish can absorb the calcium out of the water to supplement their dietary needs, but that is only a start.

Ions such as sodium and potassium are critical in the tissues of fish for proper function of nervous and muscular tissues. Water that is has a low GH can cause these crucial ions to leave the fish’s tissues (through the gills) and cause a fish to go into osmotic stress. A sudden change in GH causes osmotic shock as these ions rush out of the fish’s system and cause failure of the neurological system.

It is important to note that the ions of Calcium and Magnesium do not evaporate out of water. In fish tanks that have gone a long time without a water change but have had evaporated water “topped off” these ions add up and can be present in surprisingly high levels. A sudden water change can cause these levels to drop severely enough to put a fish into osmotic shock.

The combined effect. Each of these three is distinct in its properties and importance and yet each is linked to the others. It is a challenge to adjust one without impacting at least one of the other two. Let me give two examples:

A tank whose water hasn’t been changed in a LONG time will have a very low pH and KH and yet have a high GH. Nitrate built up in the water will have used up the absorbing power of the KH and caused the pH to drop (reminder that nitrate is acidic) and the Ca+ and Mg+ ions will have built up as evaporated water is topped off. All three are impacted unfavorably by the lack of water changes. 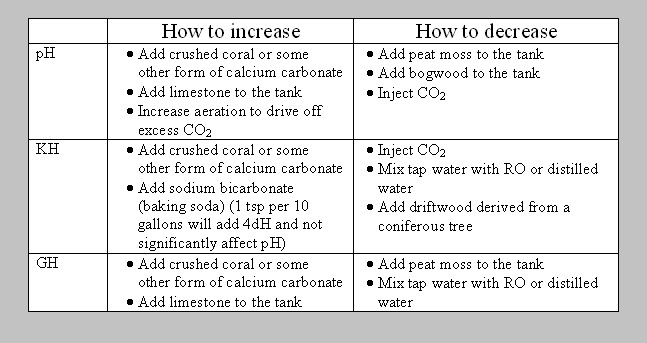 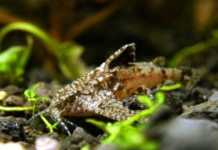 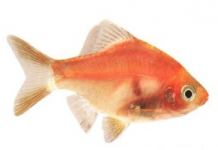