I first became interested in these fish late in 1999, when I saw an article about breeding Neolamprologus Multifasciatus.

I quickly became fascinated by these and other Cichlids from Lake Tanganyika, and soon made up my mind to own a tank of them. Before starting on the tank, I began reading about the Rift Lake to discover what conditions I would need if I was to give my fish a good home. I discovered that Lake Tanganyika is 80km wide and 670km long and has the largest volume of all the East African Lakes. Its Ph. has been recorded at between 7.5 and 9.3. It has a carbonate hardness of 15-18 degrees. Total hardness of 10-12 degrees, and a relatively constant temperature of 26 degrees Celsius.

I also discovered that the lakes various coastlines alternated between Rocky shorelines and Sandy banks, and that the Cichlids that are of most interest to fishkeepers can be found here in the littoral zone, with the Rocky zone being the more densely populated. Cichlids of the rocky zone include mouthbrooders such as Tropheus, Simochromis and Petrochromis as well as cave dwellers like Neolamprologus Altolamprologus and Julidochromis. In the sandy zone live species of ‘sand fish’ such as Callochromis and Aulonocranus, here we also find many small species of Neolamprologus, the shell dwelling cichlid, who get their name by using empty Neothauma shells as caves and breeding sites. In deeper water at a depth of between 10-20m we find larger more predatory fish such a C. Frontosa, although these fish live in open water they never stray far from the rocky ‘reefs’ which proliferate this zone. After reading about the various habitats I decided to set up my tank so that I would be able to keep some of the rock dwelling species. To start with however I had to empty my tank, a 4 foot Jewel vision 260L, of its existing stock of South American fish and redecorate it so that it was more suitable for the intended fish. I removed the decor plants and animals from my tank and decided not to keep any of it and instead make a completely fresh start, so when the tank had been cleared and the fish sold to my local aquatic dealer I got to work. First I placed a layer of polystyrene tiles along the base of the tank and on top of this I put two whole boxes worth of freshly cleaned Lava rock, spreading it out along the full length of the tank and creating as many caves and crevices as I could. When I had done this and secured it in place using tank safe Epoxy resin I spread a thin layer of coral sand over the base to cover the polystyrene and to finish it off added a couple of heads of Anubias barteri var nana which I knew would quickly attach to the rockwork. To fill the tank I first ran my tap water through a commercial de-ioniser and added cichlid buffers to bring it up to recommended levels and then after checking my temperature was stable at 26’C It was time for me to add the fish.

My Cichlids Have now been in the tank for a year, and appear to have settled in fine. There is no serious aggression and even the leleupi are tolerant of each other. The fish are fed once a day on a diet of live frozen and dried foods and the water is changed at a rate of 10-20% each fortnight, using my De-ioniser and the appropriate cichlid buffers, doing this my pH remains fairly constant at 8.5 None of the fish have paired up yet but two of the Julidochromis appear to be spending more and more time in each others company so hopefully I may yet get a breeding pair, Although I do not hold out much hope of raising young in the tank as my synodontis will make short work of any eggs which are laid. 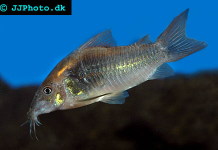 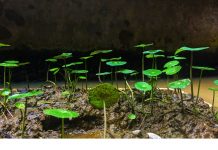 Hydrocotyle Sibthorpioides: How To Grow the Lawn Marsh Pennywort 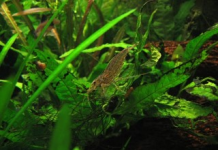