Lake Nicaragua in Nicaragua, Central America contains a very diverse cichlid population. Some of these such as the convict cichlid are quite common in the hobby and will be known to many of you, while others are relatively rare and you may never have heard of them. After reading this article, you may want to try your luck with some of these and given appropriate tank size, I encourage you to do so.

Lake Nicaragua, the largest lake in Central America, is drained to the east into the Caribbean by the Rio San Juan. A number of smaller rivers flow into the lake from the surrounding courtryside; Lake Managua to the northeast, connects to Lake Nicaragua via the Rio Tipitapa. With an average depth of only 40 feet on average, Lake Nicaragua contains several island chains of volcanic origin which are surrounded by rocky habitats and additionally, numerous swampy habitats. The lake has very low visibility which accounts for the few submerged aquatic plant species represented here; Salvinia and Pistia are among those found at the mouths of the inflowing rivers.

Until a mere 8 million years ago, Lake Nicaragua lay along a connection between the Pacific and the Atlantic oceans, when the formation of the lake existed as an embayment of the Caribbean Sea. Not until the Peistocene era did Lake Nicaragua come to exist in its present form. This geology accounts for the tremendous cichlid populations within the ‘lake’ and their composition among piscivore, herbivore, omnivore and insectivore species.

Unlike the cichlid “flocks” of the Great Rift Lakes of East Africa, not a single cichlid (except for Cichlasoma labiatum) is endemic to the lake; Rather, they are also found in rivers and streams in surrounding areas as well as in other parts of Central America. Many of the species occupy specific ecological habitats. For example, Neetroplus nematopus is an algae scraper and is found only in areas which support a large algal population.

Cichlasoma nicaraguense forages for food over sandy substrates and is limited to habitats between rocky areas which have a large sand bed. Cichlasoma citrinellum on the other hand, is an omnivore and can be found in a variety of habitats. When spawning however, all these species require rocky habitats to provide shelter for eggs and fry. Much of the aquarium literature suggests that Central American cichlids should be maintained in pairs. In fact, this doesn’t at all represent the way these cichlids are found in the wild where they are most often encountered in large shoals comprised of several different species. Only when breeding does ‘pair’ formation occur. By contrast, some piscivorous species such as Cichlasoma dovii and C. managuense are solitary and only found together during spawning season. Thus, when keeping Central American species many hobbyists cannot provide conditions which duplicate their natural environment and often keep ‘pairs’ of fishes that don’t get along together. This results in continuous stress and behaviour which is neither normal nor healthy. Moreover, such fishes do not display their best color, or live a normal lifespan .. much to the detriment of the hobbyist who never gets to see these cichlids at their ‘best’. I’ve always maintained my Central American cichlids in groups of 6-8 in tanks of 75-150 gallons.

When maintaining cichlids from Lake Nicaragua, it’s important to feed them in a manner which duplicates their behaviour in the wild. Cichlasoma rostratum for example, is a sand sifter, finding food particles by sifting through mouthfuls of sand and separating out that which is edible. Clearly, this species should be maintained over a sand substrate to facilitate normal feeding methods.

Neetroplus nematopus is an algae scraper which cannot display its normal feeding pattern if no algal-encrusted rocks are provided in the aquarium. Yes, cichlids are adaptable and can adjust to whatever diet is offered but if you’re going to keep a given species, don’t you want to see its normal behaviour? Why keep it otherwise.

Here’s a list of those cichlids currently found in Lake Nicaragua together with their feeding preferences and adult size:

In part II of this series, I’ll detail each cichlid found in Lake Nicaragua. Continue to part two Here.

The Cichlids of Lake Nicaragua – Part 2

Dan, the original author of this series was very ill with cancer and passed on June 24th 2007. Dan would have wanted his work completed but I an not an expert like Dan. “Q” a forum member and I have put together some informational charts for the fish in part one of article. Most of the information was gleaned from reputable websites (i.e., fish base) and placed in this form. Click on any fish thumbnail to zoom out the fish picture. Rest in peace 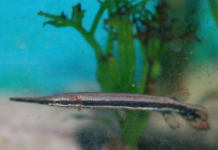 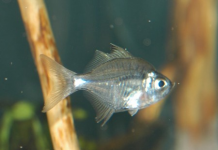