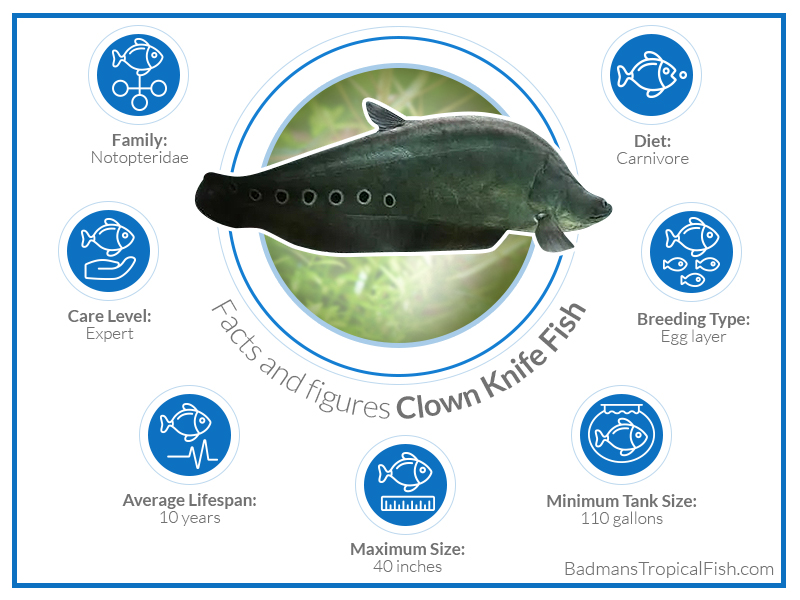 Clown Knife fish care is not for the novice aquarium keeper. One of the largest species that is kept by hobbyists, the Clown Knife fish require the type of large, complex equipment setups usually found only in public aquariums.

The Clown Knife fish or Chitala ornata is often confused with Chitala chitala, another member of this species that is very rare in the hobbyist world. Clown Knife fish are readily available in the aquarium trade and are prized for their unique blade-shaped appearance.

This article will help you understand everything you need to know to care for Clown Knife fish.

The species is common to the warm freshwaters of Cambodia, Laos, Thailand, and Vietnam. It is most often found in slow-moving river systems. It is valued as an ornamental and food fish.

It is farm-raised for food and commercial breeders are learning how to work with different color patterns of the species. Varieties can be found that are albino, have bars and golden colors. 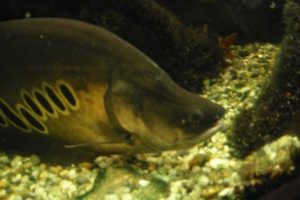 In the United States, the Clown Knife fish have become residents in freshwater lakes and canals around Lake Ida, Florida. It is suspected aquarium fish were tossed in the lake when they became too big.

They have since taken hold and are considered one of the greatest invasive species. Clown Knife fish have now spread to other bodies of water and a local sportfishing hobby has developed around them.

The clown knifefish has a very distinct, knife-shaped body which gives the fish its name. The coloration is silver-gray with 5 to 10 distinct black spots ringed with white along the base of its tail.

The Clown Knife fish size in the wild can reach over 36 inches. In aquariums, the fish will reach 24 inches. It is an active, nocturnal predator that needs a lot of room to move.

It spends much of its time near any structure that mimics its shape, such as logs and rooted vegetation. If well-kept you can expect Clown Knife fish to live for up to 10 years.

How to Take Care of a Clown Knife Fish

How you care for your Clown Knife fish depends on your expectations of the fish’s final size. Some aquarium keepers will keep fish for the duration of their lifecycle and invest in larger equipment to care for their species. Other keepers like smaller fish and sell or trade them when they get too big for their aquariums.

The minimum aquarium size for keeping one Clown Knife fish is 110 gallons, with double or triple being ideal. The species is flexible in water quality but does best in warm water between 75°F to 82°F (24-28°C).

The challenge with Clown Knife fish, as with all large aquarium species, is keeping the water free from nitrogen, ammonia, and bacteria caused by fish waste and degrading bits of leftover food. The solution is a quality canister filtration system combined with a frequent aquarium maintenance schedule.

If water quality decreases Clown Knife fish can be susceptible to several fish illnesses including Ich. The prevention is definitely less costly overall than the cure so invest in good quality filtration equipment.

Aquariums with large fish can require that at least 30% of the water be changed out weekly. For very large aquariums this is extremely laborious. Automatic water changers remove this burden by pumping out tank water and replacing it with water from a good clean source that is free of chlorine.

As a nocturnal species, Clown Knife fish do best in aquariums that are either dimly lit or follow a day/night cycle. Lights can be combined with heaters to help keep the water in the desired temperature range.

Clown Knife fish aquariums need not be complex in layout. A horizontal format tank is highly recommended. Standard aquarium sand is an ideal substrate. Pieces of driftwood on the bottom will give fish a place to hide, and so will rooted plants.

Clown Knife fish will spend most of their time in the middle to lower levels of the aquarium so keeping clear spaces for them to swim is important. Using plants on the sides and back of the aquarium makes for an attractive and useful habitat.

Clown Knife fish are commercially bred but these operations are very large in size and have specialized processes to make it possible. Spawning in private aquariums happens very seldom because of the difficulty in keeping adult fish in one tank.

If you want to try breeding Clown Knife fish, start with males and females that are at least three years of age. Males can be identified as having longer, leaner body shapes.

A very large aquarium is recommended. Having some type of shelter and flat stones on the bottom will help with egg retention. The female will lay eggs. Males care for the eggs, keeping them clean from waste matter.

Once the fry hatch, they should be transferred into their own rearing tank. Fry can be fed tiny brine shrimp until they are large enough to eat live and frozen foods.

Adult Clown Knife fish are quite territorial and aggressive hunters. Once past the juvenile stage, it does not do well with tank mates of its own species.

Its relationship with other species is driven mainly by its ability to feed on them. Clown Knife fish can consume fish nearly a third of their own size. If a species is larger than that, Clown Knife fish will ignore them and can actually be a good tank mate.

Depending on size, the following species can be good tank mates for Clown Knife fish:

Aggressive species such as oscars and cichlids are not recommended as tank mates for Clown Knife fish. They will seek out fights that will lead to the death of one or the other.

What Do Clown Knife Fish Eat?

The Clown Knife fish is an active predator and likes to hunt its food. It will often accept frozen and sliced foods but rarely takes flake or pelletized foods.

It can also be a finicky eater. There are a few things to consider in creating a successful Clown Knife fish feeding schedule. The first is a variety of live and dead protein types.

Mixing live foods such as warm water tolerant feeder fish, shrimp and worms will give the Clown Knife fish opportunity to hunt and get some mental stimulation.

A food that is favored one day may not be welcomed the next. They can be finicky so if one food type is being ignored, try something different.

Feeding a few times daily in smaller quantities can help with aggression and will help minimize food waste. Uneaten food that is not consumed by species such as Plecos should be removed so it does not fester and pollute the water.

The Clown Knife fish is unusual in appearance. Creating and maintaining a habitat for them will be challenging and delivers the reward of a unique habitat for your viewing pleasure. 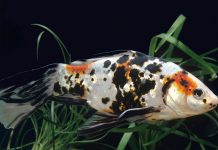 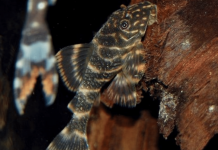 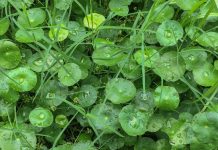