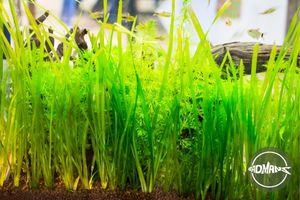 Cyperus Helferi are long grass-like plants that grow in and out of water. They are low maintenance and are great for large aquarium background decoration. But, they can not survive too high temperatures.

Furthermore, these amphibious plants propagate easily and tend to anchor deep into substrates. Keep reading to learn about easy care routines to follow while maintaining the Cyperus Helferi in your tank. Let’s get started.

Cyperus helferi is an aquatic plant that has bendy leaves that are long and elegant especially when through the water current. They originate from SouthEast Asia, especially found in Thailand.

Cyperus Helferi care is simple to follow. Here are some requirements to consider when setting up an ideal enclosure.

Cyperus Helferi has a slow growth yet would gradually fill up a space. If you want to keep it luxurious and full, you should get a big tank of about 20 to 25 gallons. Otherwise, control its growth and grow it in a smaller tank.

Remember that the Cyperus Helferi is from slow to standstill waters. Hence, in captivity, a slow to moderate water current is recommended. Harsh current can damage its delicate, arc rosette leaves. In addition, with an efficient bio-filtration set up to control ammonia levels, you can hinder the algae growth on the leaves of the Cyperus Helferi plant.

The Cyperus Helferi plant will tolerate a wide range of hard water levels if it falls between soft and medium. Nonetheless, you should choose a pH range between 5.0 and 7.5 because it prefers slightly acidic water.

Cyperus Helferi low light setting are sufficient because it keeps the tank cool. However, direct sunlight is great for this plant, whether when submerged or emersed. Hence, in captivity, set the lighting to moderate using a gauge of two to four watts per gallon. Nonetheless, an average temperature range between 60 80F is ideal.

Co2 injections are unnecessary while keeping the Cyperus Helferi plant. However, they can be quite beneficial as they aid rapid and robust growth.

Trace minerals are important while you care for Cyperus Helferi plants because they encourage growth. They are readily available in the wild because there are ample organic sources. Hence, in your aquarium, you need to provide your plants with these nutrients.

Good sources are clay soil and ground fertilizers; they contain nitrogen, potassium, and phosphate. Another source you can try out is a nutrient-enriched small-grained substrate that contains kalium, phosphate, and nitrate. The addition of these nutrients prevents the plant from losing its vibrant green color.

By trimming, you control the Cyperus Helferi growth, especially if you do not want a jungle tank theme. This plant can spread out, completely cover other plants and cause them to become stunted. Therefore, use a pair of scissors to cut some of its long narrow leaves; they would rot and due after a while.

First the Cyperus Helferi needs deep substrates to anchor deeply, so a thickness of eight to ten inches is adequate. Additionally, a solitaire Cyperus Helferi plant can make a lot of difference in a planted aquarium. Hence, you may not need a group of this delicate plant in a minimalistic tan; however, place the plant as background or mid-ground decorations.

Furthermore, the plant would look great in either location and effortlessly hide any tank equipment. Consequently, you can plant it between other aquarium plants near moving water like a full backdrop! Alternatively, as part of underwater pathways or backside themes because it creates a dramatic finish.

Cyperus Helferi is among the few plants from the Cyperaceae family that thrives as fully aquatic. It was introduced into the aquascape by a Japanese enthusiast called Takashi Amano. In addition, its species are native to Thailand Southeast Asia and are popular along the slow or stagnant water banks.

Growing Cyperus Helferi would be on an average height of 15.748 inches. One plant can produce up to 50 long and narrow leaves, which are about 0.197 0276 inches in width. In addition, the sedge grows in a rosette pattern from the middle of the plant. Hence, the Cyperus Helferi growth rate is slow.

– Is the Cyperus Helferi Difficult in Keeping

No, the Cyperus Helferi is not hard to keep. Surely, it is delicate and takes a long time to adjust to a new environment, but having a level of patience and the right skills helps. Furthermore, remember all plants have specific needs.

You see, once you can set them up in the right environment, they would surpass the acclimation stage, grow and even propagate successfully. However, this stage involves some drastic changes as the leaves may melt, rot and shed. But, it is normal and shouldn’t discourage a beginner aquarist.

Plant Cyperus Helferi with Cryptocoryne Petchii, which has dark olive to violet leaves underneath. Then add some dense creeping Eanunculus inundates plants and spiky Eleocharis parvula leaves. Pogostemon helferi and Anubias nana will also look good with the bunch but throw in the Ludwigia glandulosa plant to add color to the mix.

Plant the Cyperus Helferi with similar grass-like plants and add a creeping one to fill the enclosure. Eriocaulon cinereum, Elatine hydropiper, Eleocharis acicularis, and Helanthum Quadricostatus are great options.

Plant your Cyperus Helferi with the reds and tans hues from Limnophila hippuridoides, Lobelia cardinalis, and Rotala macrandra. Next, add in some flowering plants like Pogostemon Erectus and Nymphaea lotus. Then other plants like Limnophila sessiliflora Murdannia keisak, Crinum calamistratum, Bacopa caroliniana would make quite a statement in your tank.

How to Plant the Cyperus Helferi

The Cyperus Helferi plant comes as a potted emersed plant from most aquarium farms. Unfortunately, the plant’s transition from emersed to submerse is complicated.

Nevertheless, simply plant the Cyperus Helferi into the substrate and ensure the enclosure requirement meets all its needs. After a while, it would stabilize, and then the growing Cyperus Helferi plant would spread out and propagate.

Cyperus helferi would propagate once the main plant has developed adventitious baby plants at its base. Due to this growth pattern, the plant can sprout from cut leaves, roots, or underground stems. Before replanting the baby plants, make sure they have tiny roots and leaflets. Then you can detach them from the mother plant, but be gentle as you do to prevent any permanent damage.

Another method for propagation is to trim the top part of the Cyperus Helferi and replant it upside down.

When the Cyperus Helferi is properly positioned according to the Feng Shui rules, it can be a beneficial activator. It serves as a symbol of prosperity and rebirth.

You can effortlessly set up a jungle-themed aquarium with the Cyperus Helferi. Its glass-like appearance is perfect and can be relaxing to watch as water flows through it.

The Cyperus Helferi plant is not prone to any particular disease because it is hardy. However, its health depends majorly on the kind of care it receives.

What to Look For When Buying the Cyperus Helferi

The cyperus species has over 900 plants in its genus, amongst which is the cyperus papyrus, cyperus rotundus, and Cyperus haspan.

The cyperus papyrus is a tall plant with triangular stems growing out of a clump. Its stems are connected to rhizomes below and a showy umbel above. During the summer, this plant produces bracts which are a greenish-brown modified combination of flowers, fruits, and nuts. These bracts cause the umbels to be more obvious and appealing.

Cyperus rotundus is another member of the cyperus species. They are commonly called nutgrass or nutsedge but have no botanical resemblance to nuts.

A fully mature Cyperus rotundus grows to an average height of 55 inches, and like other Cyperaceae, its leaves sprout from its base like a rosette. The leaves are between two to eight inches long, and its flower stems are a triangular cross-section.

On another note, the flowers the rotundus plants produce are bisexual, having three stamina and stigma pistil each. In addition, the inflorescence has about three to eight uneven spikes, while the fruit is a three-faced achene.

Cyperus haspan is a cyperus species known as the Dwarf Papyrus. They are an attractive, versatile member of the sedge family that grows in shallow waters, ponds edges, or water gardens. Also, they are indigenous to south and Central America, West Indies, and the south-eastern United States. The Cyprus haspan propagates easily, particularly when the flower head is floating in the water.

Cyperus haspan is a rhizomatous aquatic perennial that grows as green three-angled stems. It has a yellowish-green round-spiked umbel that appears bronze in late summer. Additionally, it grows to an average height of 12 to 30 inches and has a 24-inch width. 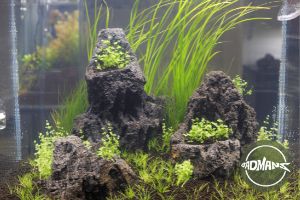 Here are top rationales that should encourage you to plant the Cyperus Helferi:

The Cyperus Helferi is indeed an attractive addition to any aquarium, as they could grow big or can be controlled depending on your preference. Hence, for a new aquarium or you already have a freshwater tank, consider planting your very own Cyperus Helferi, you sure would be glad you did! 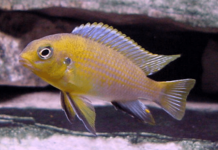 Tropheops: Everything You Need To Know About Care And Maintenance 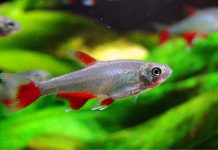 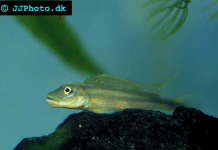 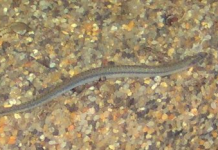