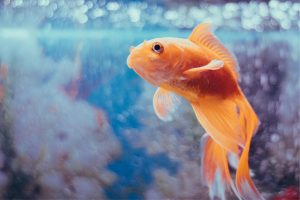 Do Betta fish like music? You might be surprised to find out that they are not very attracted to music. The real question is, what kind of music do they prefer?

Well, it turns out that — while some people have experimented with different types of sounds and found that some work better than others — there isn’t a single answer because each case seems to be different. In this blog, we will discuss the effects of music for Betta fish.

No, in a strict sense Betta fish cannot be said to like music. To be sure, Betta fish are more intelligent than other types of freshwater aquarium inhabitants, so they do have their own ways of interacting with their environment.

As such, playing your favorite music for a Betta fish is supposed to be an experience they will cherish. After all, these fish are happiest when their environment provides them with a lot of stimuli, right? Yes, but you should know that there is no clear evidence about a positive relation between music and Betta fish.

At the same time, there is no reason to believe that they hate music. Music is just like sound vibration for any fish, and they respond to these vibrations differently. Therefore, as long as your fish appears to be enjoying the experience, there is no harm in playing some calm music with fish and enjoying the day.

How Do Betta Listen?

Betta fish have ears that are covered with skin to protect them from water. They can hear sound waves and use this sense for navigation, but it’s not their only one. As they swim through the tank, they feel vibrations caused by objects, like betta food floating within reach or other Bettas swimming nearby.

To perceive sound effectively, though, soundwaves must travel through the air. The vibrations of the air atoms create a pressure difference in our ears that creates what you think about as music.

When it comes to music and fish, this process cannot work. The main difference is that the sound moves through a water medium. When you tap on the glass of your aquarium, it causes water molecules to vibrate. This vibration reaches your fish’s ears through a process called hydrodynamic sound transmission. This process helps fish understand sound and its intensity.

However, by using a word or short phrase while playing with your Betta fish, you can teach them that it means “play” when they hear this sound. You want to make sure the action associated with each noise has some meaning to know what is expected of them. While training your fish about this, patience is the key.

Is It Easy For Betta To Hear Music Underwater? 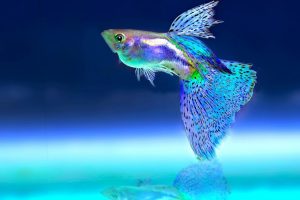 Although you might like to play music for your Betta fish, it is not easy to hear music in water. You can do experiments and see how difficult it is to make sound underwater. You can try screaming underwater, but you will not be able to produce any sound. This is because water is not a suitable medium for sound transmission.

Sound cannot travel through water because it is an effective acoustic insulation material. When sound waves hit the surface of a body of liquid, they produce pressure differences that cause molecules in adjacent areas to speed up or slow down, depending on their distance from each disturbance. The density changes caused by these variations create eddies within whirling currents called “sound currents.” It isn’t easy to hear these sound currents.

In the case of your Betta fish, the problem is the same. Some people may think that their Betta fish can understand them, but this is unlikely. Even if you talk continuously to your pet and attempt to communicate in words or make any sounds at all for an extended period of time- there are only a few words they will actually be able to hear and learn.

With patience and training, most Bettas learn some basic phrases after being raised from infancy properly by someone who knows how best to care for them; however, this isn’t a typical case not even close to normal. So, if you play music for a Betta, there are fewer chances that they will feel or understand anything. However, a high-pitched sound can definitely be heard, to the point of causing some problems for your Betta.

Factors That Determine the Effect of Music on Betta Fish

The sound of music can move and motivate your Betta, but only when someone plays it with an understanding of how fish behave. Here are some prominent factors that influence a fish’s reaction to music:

Fish have a very keen sense of hearing and can detect low-frequency sounds much better than high ones because they travel faster in water. Loud abrupt noises are heard even louder when underwater and affect the behavior of your Betta.

You can experiment yourself and confirm that they react differently to sounds of different frequencies. If you produce a loud noise, they will seek refuge at first, but then it didn’t matter what sound was being heard because the fish were back up and moving around normally again within seconds.

When you are searching for music for fish, what type of music is best for you Betta. However, there is no specific preference for music for a Betta, but it is still best to play soft, calm music with fish. Soft music has a soothing effect. The Betta fish might be sensitive to the vibrations of hard rock and metal music. This genre can irritate them, so avoid playing your favorite tunes if you don’t want it bothering them.

Fish have a greater range of sensitivity than humans do. Smaller fish may be scared by loud noises, while larger ones can usually take whatever comes their way with little reaction or even indifference. This is because fish can feel the difference of vibration through their skin. As your Betta is a small fish, your fish will try to escape in search of refuge when a loud sound appears.

Sound waves are more likely to be heard in shallow water than deep. Shallow bodies of water amplify sound, which means that if you have to send a signal in a tank, you don’t need to make a loud sound because of less depth of water.

In the wild, it is seen that fish in deep water will not hear sounds at the surface. However, shallow-water fish can detect these vibrations much better because they resonate through their bodies more effectively. The darkness or light also affects the hearing ability of your Betta, but the scientific experiments do not yet support these facts.

Why Is Sudden Loud Music for Betta Not Good?

Betta fish can sense the water around them with their delicate lateral line. This line is sensitive enough that these beautiful creatures will notice even minuscule changes in pressure. Not only Betta, but almost all of the other types of freshwater or saltwater aquarium pets you can keep at home also have sensors on their bodies that detect variations in surrounding water levels through gentle alterations made by skin contact alone.

The lateral line is a highly sensitive receptor system that lets the Betta avoid each other or move any decoration when you turn off your lights. These receptors work like both eyes and ears for this fish, letting them know if there’s something in its way before it gets too close.

Make sure the Betta’s habitat should be kept in a quiet, dark place without any constant vibration nearby. Any sudden loud noise or vibration can cause a Betta to become blind or even run into another fish and start fights that could end poorly for her.

Well, it turns out that sudden blasts of sound can hurt a Betta. The vibrations from such an assault on their hearing would make them stressed and maybe even cause injury. Sometimes, it has been seen that Betta often jumps out of tanks to get away from a situation.

Sounds have an impact on Betta fish, no matter how soft or loud they are. Things can become even more intriguing when sounds change over time, as this will affect the way Betta responds to it. So we have concluded that

It’s unclear whether or not Betta fish can even like music. Some believe that the sound of running water is more soothing than human-generated sounds, which may be true for some species but not others. Everybody has experience with their pet fish and their reaction to certain types of music; you can check how your Betta react to music and let us know in the comments! 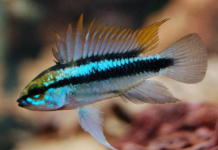 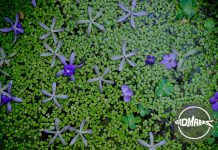 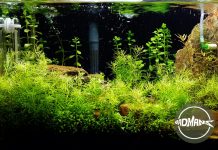 The Best Protein Skimmer in the Market: Top Selling Products