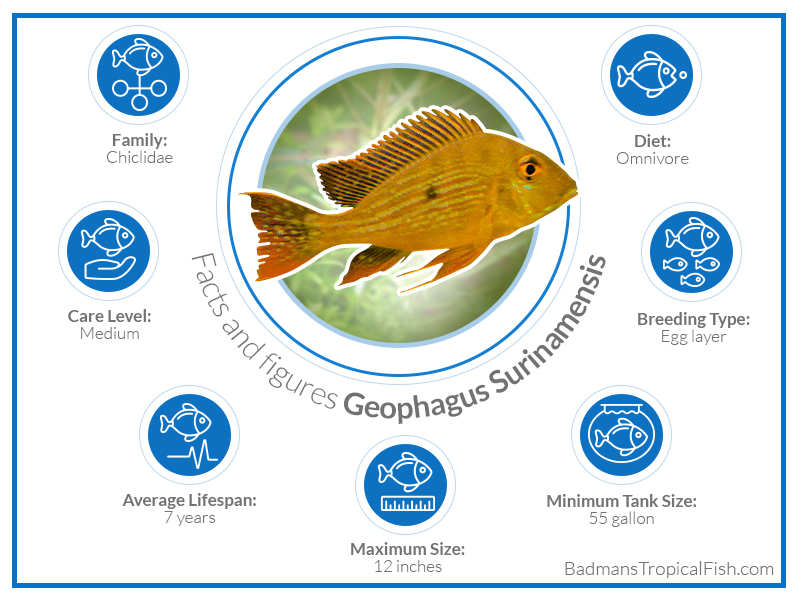 Geophagus Surinamensis, also known as the Redstriped Eartheater is one of the more peaceful species of cichlid to keep. It is called Eartheater for its habit of taking mouthfuls of sand and gravel to search for food. The species is prized for its beautiful, almost neon markings, peaceful nature, and low maintenance. Here is everything you need to know to keep Geophagus Surinamensis successfully.

The Redstriped Eartheater is a cichlid species that is native mainly to the Amazon river basin and Suriname river system in Suriname, South America.

They are a bottom-dwelling species and can be found in calm pools and backwaters where there is ample rock for shelter and gravel for them to hunt through.

Earth eater fish are also raised commercially in different parts of the world and have been interbred with other Geophagus subspecies to try and enhance color differences. They are mouthbrooders and can be difficult to coax to breed. 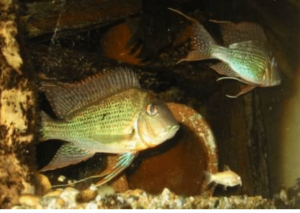 Juvenile fish and those you purchase from fish stores will be muted in color. Once they are settled and growing, you see their true colors emerge.

Their fins and tails have light blue spotted patterns and are long and flowing. This can present a problem when you have tank mates that are fin nippers.

The Redstripe Eartheater gets its name both from the red stripes on its sides and its bottom-sifting feeding habits. It seems purpose-built for this task with a slanted forehead and eyes located so that they can keep an eye on what is going on around them as they feed.

The geophagus surinamensis lifespan can be as long as 7 years, though 5 to 6 years is average. It grows to be as long as 12 inches, making larger aquariums a requirement for healthy keeping. It may take up to 3 years for the Redstripe Eartheater to reach its full size in terms of growth rate.

The Redstripe Eartheater is quite easy to care for, but its potential to reach 12 inches creates the need for a large aquarium to house them. A single pair can be kept in a minimum size horizontal aquarium of 55 gallons. Use this size as a factor for every pair of fish you add.

Like most South American cichlid species, eartheater cichlids like their water clean and free of ammonia and nitrates. Since they do a thorough job rooting the bottom, a good filtration system is a must. The system should be well buried as exposed pipes will get gnawed upon.

A weekly water-changing regimen is also recommended. This can be done manually but with large aquariums quickly becomes too labor-intensive. An automated water-changing system will make your life much, much easier.

This species is happiest with warm water in a range of 76°F to 88°F (24-27°C). It has a reasonable tolerance for pH and hardness. If you have water quality that falls close to the ranges listed below, use it so that the fish will become acclimated. It will save you the time and cost of chemicals.

Striped cichlid eartheaters live in the mid to bottom levels of an aquarium and spend much of their time feeding on the bottom. A good aquarium design gives them plenty of sand and small aquarium gravels to mouth while keeping the filtration system concealed.

Plants tend to be uprooted, but floating plants can provide some variety and cover for smaller tank mates. Creating hiding places with rocks and aquarium structures big enough for foot-long fish to explore will help keep them interested in their environment.

Large pieces of driftwood or resin roots also give them places to explore and help the aquarium appear more like their native habitat. 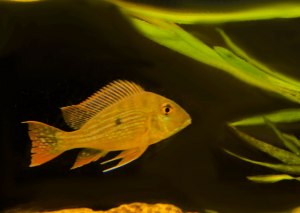 The best way to ensure geophagus surinamensis compatibility is to keep both small and large aggressive species out of the aquarium. As they are bottom feeders, tank mates are generally not considered food fish.

Redstripe Eartheaters are peaceful fish and will not bother large or small tankmates. Large aquariums with multiple eartheaters can be quite stunning with the addition of brightly colored small fish, a few large fish, and bottom cleaning species.

While not as prolific a breeder as the smaller South American fish, geophagus surinamensis spawn in captivity. When obtaining fish with the intent of breeding, you can tell males and females apart by their fin length. Males will have longer, more elaborate fins and tails. The distinctions between the two begin to show after a year of age.

Breeding may occur naturally when Redstripe Eartheaters reach sexual maturity. Some keepers believe in using a blackwater conditioner, which helps mimic the darker color of Amazon river water during the flood season. Flood season is also breeding season for most Amazon species. Softening the pH of the water to neutral can also be effective.

Watch their behavior. The male will start making shallow depressions in the tank bottom. He will try to encourage the female to lay her eggs in the nest to fertilize them.

Once this is done, either the male or female will take the eggs into their mouth for safekeeping. The eggs mature in about three days. When they hatch, the fry will swim freely but will return to their parent’s mouth if threatened by other tank mates.

Note that both male and female Restripe Eartheaters will be aggressive to their tank mates during the spawning and rearing time. Both parents abandon their duties when the fry are too large to hide in their mouths.

Eartheater fry can be fed very fine sinking and live foods such as tiny brine shrimp.

Geophagus Surinamensis is easy to feed and appreciates some variety in their diet. Since they are bottom sifters, sinking pelletized omnivore food is a good all-around choice. Mixing in protein foods such as bloodworms, brine shrimp, chopped shrimp, or daphnia is a good idea.

You can also add occasional chopped vegetables such as zucchini or squash. If you want to bring out the coloration of your Redstripe Eartheaters, try adding a little bit of spirulina to their diet.

Geophagus Surinamensis or Redstripe Eartheaters are a great way to add large, peaceful fish to a South American-themed aquarium. You will appreciate their colors and inquisitive manner. 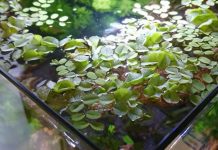 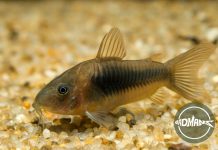 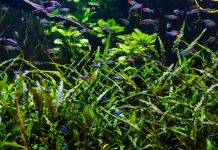