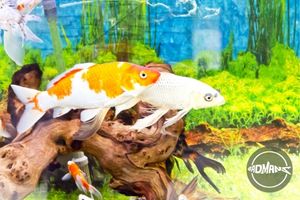 Goldfish vs. koi is an argument you might have with yourself because both seem similar and can interbreed. However, there is a difference between goldfish and koi which will be explored in this article. You will get to know these two fish better, so you know which one will be best for you.

They are very similar behavior-wise, and some species of goldfish look eerily the same as koi fish keep on reading the article to know the difference between both of them.

Let’s look at the differences in koi vs goldfish. They are both very active, intelligent, and fun fish, but goldfish or koi? Which one is best for you and your ability? Here are the differences you will find between these two fish.

The biggest and most noticeable perhaps is their appearance. Although young can look very similar as they grow older, typically, koi fish is much larger than goldfish. Moreover, they both have different body shapes. All koi are the same size, but goldfish vary a lot depending on their characteristics, and they also have more of an egg-shaped body.

Interestingly, no matter what type of koi fish you have, they will always have the same body type, which is elongated with their tails and fins connected. You will also notice that koi have barbells on their face, or “beard,” which is used to detect food and their environment; basically, if a young fish has barbells, they are koi.

Additionally, no matter which goldfish, they will typically not grow bigger than 12 inches, whereas when it comes to koi, they are on average around 20 inches big. Often koi fish can even get around 4 feet long in size. As a result, koi require a much bigger tank or pond than goldfish, which can live in a small tank.

When it comes to goldfish, they originated from China during the Tang Dynasty, which is from 618 to 907 BCE. In the beginning, the fish had green and boring colors, which soon turned orange and finally caught the attention of pond-keepers. Soon they were kept as pets due to how different they were compared to the other olive-colored fish. They kept on being selectively bred and producing colorful colors.

Koi fish, on the other hand, their origin is still not surely known. They are said to have originated from Amur carp. The biggest difference is that goldfish are known as their own species, whereas koi are known as the species belonging to the Cyprinus carpio category. Furthermore, the first records of these colorful koi in the 1820s so are pretty recent compared to the ancient goldfish.

Another big difference is the colors of their bodies. They do have similar orange colors, but there are so many different varieties of the color of both the fish available that the similarity ends there.

The biggest difference is the range of colors available for koi fish compared to goldfish. Breeders have worked for centuries to produce colorful koi fish with certain patterns; however, much effort was not put into their breeding for goldfish.

Most of the time, you find goldfish in colors red, orange, gray, brown, yellow, white, and black, and for koi fish, you will find orange, red, yellow, black, and white with metallic coloration. Basically, goldfish do not have complex color mixes or patterns on their bodies as koi fish does.

Another important difference between the two that can help identify them is through their fins. The main difference is in the dorsal fins of the fish.

Koi fish have carp fins, the basic fins that almost all fish have. The fin of the koi fish goes straight down and is attached to the tail, except for butterfly koi, which has kind of unique fins which are long and flowing. This butterfly koi fish was a result of selective breeding, and this is a unique fish that people love but are not considered true koi fish.

On the other hand, the dorsal fins are not attached to the tail when it comes to goldfish. Goldfish have two sets of paired fins, pectoral fins and pelvic fins, and three single fins. In addition to that, there are many varieties of goldfish tails as well, namely single or double tails. The fancier goldfish has two tails that help them swim.

As you might already know, the goldfish has a much smaller lifespan compared to koi fish. In fact, the oldest koi fish lived for 226 years in Japan!

The average lifespan of koi fish is 50 years, whereas the lifespan of goldfish is only around 15 years. The oldest known goldfish lived for 43 years in a large bowl. Interestingly, both the fish reach maturity at the same time, which is when they are two to three years old, but then the lifespan of these two varies greatly.

What To Know About Goldfish?

These are small fish that cannot grow for more than six inches, and typically in an aquarium, they are only about one to two inches long. However, the same goldfish can grow up to 12 to 14 inches in the wild in the wild! Moreover, they live for about 10 to 15 years, but they can even live for up to 30 years with proper care. Here are some more facts about the fish and how to care for it.

– How to take Goldfish care?

Caring for goldfish is pretty easy as long as you know what you are doing. In fact, these are pretty overlooked fish that are very intelligent. With proper care, the fish can even recognize you because of how good its ability to remember things is!

First of all, the goldfish will need a proper house with proper filtration, so give them a tank instead of keeping them in a bowl. These are beginner-friendly fish that is very peaceful and great for community tanks.

The tank you choose should have an appropriate substrate that is not too small, like keeping it bare or using aquarium sand. The water parameters which are mentioned above should also be maintained without fluctuation to keep them healthy.

They eat everything from pallets to vegetables and fruits when it comes to diet. So give them a balanced diet with all necessary nutrients at the bottom of the tank as they are bottom-dwelling.

There are many goldfish varieties available, and they all have slightly different needs. Some fancy goldfish like orandas and ranches require a much larger tank and a little more care compared to the ordinary goldfish found everywhere.

Since these are such peaceful fish, they can be kept with a lot of other peaceful fish like koi fish. However, these orange fish should not be kept with violent ones as there is a chance of them attacking the goldfish. Another thing to keep in mind is all the fish in a tank should have similar requirements, or one of them will be at a disadvantage which will be unethical, hence the water requirements should be thought upon.

What To Know About Koi Fish?

Now that we know what goldfish is like let’s look at what koi fish is like as well. Typically, koi fish are larger and are about 24 to 35 inches in size! The lifespan of the fish is around 15 years for the western type and around 40 to 60 years for koi fish originating from Japan.

These fish originated from Japan and have a lot of color variation on their bodies. These are also known as decorative fish as they are found in koi ponds and water gardens.

– How To Take Koi Fish Care?

Unlike goldfish, the care for koi fish is a little more difficult. This is mainly due to how big the fish gets, and it is hard to keep it in a tank. The baby koi fish can be kept in a home tank, but it is wiser to keep it in an outside pond after it matures. As you can already see, there is a huge difference between koi and goldfish.

The tank for baby koi can be around 55 gallons, but after a few years, you will need to change to a bigger pond. Typically, the substrate for this fish needs to be muddy, which replicates their natural habitat and should have proper filtration as these are huge fish that produce a lot of waste. The water parameters should be followed as that is the most important thing in keeping them healthy.

Koi fish eat a lot of things, just like goldfish do; they eat algae, plants, worms, insects, pallets, and everything in between. It can be hard to know how much to feed this huge fish, but make sure not to overfeed as that can decrease their lifespan by a lot, so make sure to feed in moderation. Moreover, you can find at least 100 different types of koi fish!

This is another peaceful fish that can be kept with a variety of different tank mates as long as they have similar water parameters. However, it can be hard to have a tank mate for this fish due to how messy it is and how it constantly dirties the water. This means that the less hardy fish will not be able to survive longer with them. Since they are very peaceful though, you can even keep hardy but small fish with them, namely goldfish and sunfish. 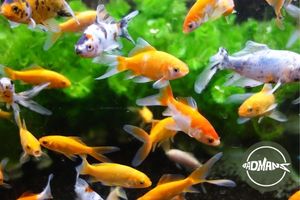 In conclusion, you should definitely have goldfish or koi in your community tank or pond if you want a splash of color. If you want a low-maintenance fish, then goldfish is better, but if you can care for a more complex fish, koi will be perfect for you.

Lastly, you should do proper research to buy the fish you like, and they will make excellent pets. Good luck in finding the fish that meets your needs the best! 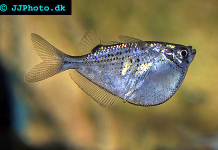 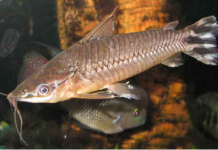 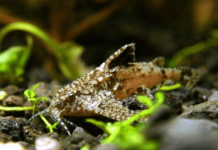 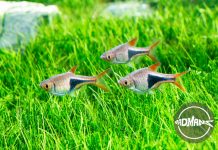