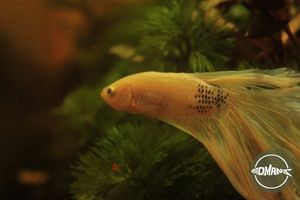 Learning how to transfer betta fish from cup to tank is very important to learn. A betta fish, or any other fish, cannot survive in the cup that they come for very long. This is the first step to owning the betta fish, so it should be done properly to give a successful life to your fish.

Keep reading this article as it will teach you the proper way of introducing betta to tank.

How to Transfer Betta Fish From Cup to Tank

Transfer betta fish to new tank can mean either you will be introducing betta to a new tank, an already established community tank, or a newly cycled tank. Whichever tank it may be, make sure to quarantine the fish for two to four weeks before transferring it to the new tank, especially a community tank.

The quarantine tank should have the same water parameters as the new one, and you will need to acclimate it just like you will have to do with the main tank. Here are the steps you need to follow to transfer this fish properly.

First of all, you need to find the exact water parameter of the cup. This can be done by a water testing kit which you should already have, it is very useful in finding the tank’s water parameters at any time.

Finding the water temperature and pH of the cup and then the tank will be very useful to understand the difference between the water of these two mediums. If there is a huge gap, transferring betta fish from cup to tank will take longer than if the water parameters are almost the same. In fact, if they are very similar, you can immediately put the fish in the tank; just let it swim from the cup into the tank.

The next step is to place the cup into the tank, which is what will start the process. This is the most important step, so be very careful during it. Placing the cup is not hard if you know what you are doing.

It is importance, because this will ensure that the fish gets plenty of time to get used to the new water temperature without going into shock, hence never skip this step. You have to keep the cup floating till the water temperature of both containers is the same.

It should not take more than 15 minutes unless there is a drastic difference between the conditions of both tank and cup. You should check the water parameters every five minutes until the desired result is reached.

This is an easy step in which you slowly introduce a small amount of water from the tank into the cup. You can do this before getting the water temperature to be the same step as while the cup is floating. It might be hard to balance adding more water. Nevertheless, water should be added in small quantities and every five minutes for 30 minutes.

To make sure that the water in the cup doesn’t overflow, it should be done very slowly. You don’t have to wait the full 30 minutes; as long as the water pH has become alkaline enough, you can move on to the next step.

4. Placing the Betta in the New Tank

Now you have reached almost the end of the process of putting betta in new tank. As you can tell it is not a hard process, but it is a very necessary process that should never be skipped.

All you have to do now is to let the betta float to its new home on its own. Don’t dump the fish in the tank; it will swim away from the cup when it is ready.

Trust us; it wants a bigger home as much as you want, preventing the water from the cup with potential parasites and other diseases from entering your new tank with clean water. As soon as you transfer the betta, make sure to add a betta conditioner that can get rid of all the harmful bacteria from the water.

Another Method to Introduce a Betta to a New Tank

There is another method, which is not as famous as it is a little more complicated. The method is known as the drip method and is much slower and safer than the normal betta transferring method.

For this, you will need a piece of plastic airline tube that is long enough to go from the tank into the cup. This is a much longer method and is usually used by experts that want to make sure 100 percent that the new betta will be safe and happy. If you have an expensive variety of betta, then using this method will be the wiser choice.

– What Is This Method?

For this, you need to first remove around 50 percent of water from the cup that it came in as new water will be added from the tank into the cup. Additionally, it is only useful if your tank is bigger and taller than the cup your betta came in since it uses gravity to acclimate the fish.

After this, you have to place the tube in a way that one end of it is in the tank while the other is in the cup. You also have to tie a knot in the pipe, which will control the water flow, this is very important, and it is best to check the water flow before using it for the main purpose. Take a tape piece to secure the tube because if it falls and trips the cup, the fish will fall a well which can induce even more stress in the fish.

Now, you have to use suction to initiate water flow, which means sucking on the pipe like it is a straw. There should be one drop in the cup from the tank every one to two seconds; make sure it is not any faster. The process is complete once the cup has 50 percent old water and 50 percent new water. Finally, place the cup in the tank and let the fish swim out on its own, and it is done.

Betta fish is also known as Siamese fighting fish, so don’t get confused between the two different names of the fish.

Siamese fighting fish got its name because it was used in competitions to fight against other betta fish. Due to this reason, until this day, two male betta fish cannot live in the same tank without fighting. These are complex fish that should not be kept if you don’t already know how to care for fish, as these are not beginner-friendly.

These fish are native to Asia and are found in shallow and slow-moving water, but since they have been captive-bred for so long, they are very different from those in the wild. There are many different colors of fish available; the possibilities are endless. Bettas are very colorful and beautiful fish that catch the attention of everyone in the tank.

How To Care For Betta Fish

Betta fish have a lifespan of three years and also grow up to three inches in size. They might be small, but they require a proper tank with filtration and water conditions that match their needs. Moreover, since bettas are so aggressive, keeping them alone and without any tank mates is better unless you know exactly what you are doing.

One of the most important parts before transferring betta fish from cup to tank is finding out the fish’s ideal tank size. Many people think this fish can stay in a cup or a small round tank with no filtration, but that is very wrong. These sensitive fish require as much care as any other larger fish.

The smallest tank for betta should be three gallons to five gallons; however, the bigger the fish tank, the better. This fish tank size is for one betta fish; with an increasing amount of fish, the tank size should increase accordingly. Also, make sure to place the tank in a shaded part, and it should come with proper filtration.

Water temperature and other water parameters are very important, and they should be the same as their natural habitat. The tank’s water parameters should be fixed before putting betta in a new tank as the fish can die of shock if the conditions are not right.

For water temperature, it should be from 75 F to 85 F; to maintain this, you might need a heater, especially for a larger tank. The water pH should be from 6.8 to 7.5 as bettas prefer slightly alkaline water.

Lastly, the water hardness should be from five to 20 DH so they can withstand a large variation in water hardness. Make sure not to have very hard water as it can be bad for their health and cause them problems.

You have to introduce a betta to a new tank after you know what it eats so you can be sure that you can provide the food. Here are some food items that this carnivorous fish eats:

These are some of the food items that betta can eat. They should be fed one to two times a day for a few minutes. Make sure to remove the extra food as it can pollute the water, which can cause diseases. Moreover, prevent the fish from overfeeding as that can be very bad for the fish, just like under-eating, so always have a balance.

What Is the Reason for Acclimating Betta Fish? 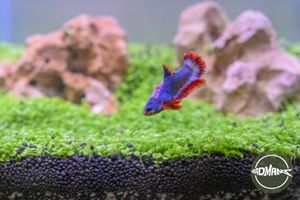 The reason that you need to transfer the betta fish slowly is to prevent shock. Shock is one of the biggest reasons for your fish to die. Even if the fish does survive after you suddenly dump it into the new tank, it will not be for long.

You see, bettas are used to the conditions of the cup, which might be different than the conditions in your tank. Suddenly transferring betta fish from cup to tank will not allow the fish enough time to get used to the conditions, and this change can cause it to die due to stress which will then lead to shock. This is especially true for bettas which are already sensitive fish.

This is why it is important that the fish get used to the tank’s temperature and pH slowly before putting betta in a new tank. Not to mention, traveling with betta from the pet store to the house will already be stressful, and the cup from the pet store has very little water to keep the fish satisfied.

Now you know how to introduce a betta to a new tank, so you can finally enjoy this beautiful fish. Here are some key points from the article.

In conclusion, taking care of fish is very easy as long as you have the right start, and the right start is putting betta carefully in its new habitat. Make sure to follow this guide which will prevent the fish from dying by going into shock! 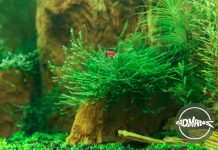 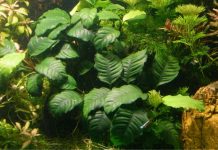 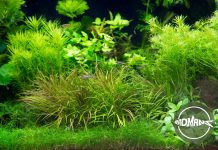 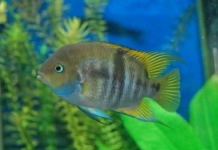