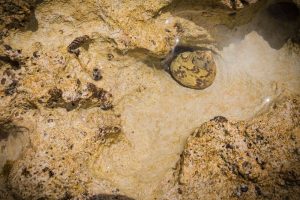 Nerite snail not moving is a situation that should be taken seriously by every aquarium hobbyist. These tiny snails are famous for consuming massive algae in fish tanks. So, if your nerite snail has suddenly stopped moving, then there are high chances of algae accumulation in your aquarium. But has your nerite snail died? Read this post until the end to know the answer to this and many other related queries about nerite snails.

Why Is My Nerite Snail Not Moving?

Here are some of the possible causes due to which your nerite snail may stop moving:

– Unsuitable Water in the Tank

Nerite snails are very sensitive to the quality of water in the aquarium. They detect and respond to even the slightest changes in pH, temperature, or hardness of the water. You shouldn’t keep your fish living in poor aquarium conditions and the same thing goes for your nerite snails too; yes, despite the fact that they are more capable of detecting poor water quality than fish.

If the quality of the water in the tank isn’t suitable, your snail may become sick and due to sickness, mobility is decreased. If the water quality remains the same for a long time, your nerite snail will stop moving permanently and eventually die.

The levels of ammonia or nitrites directly affect how active your nerite snail will be in the tank. Both these chemicals are toxic to your snail and affect its movement. They can even kill nerite snails if the amount is more than 20mg/L. Any amount less than this is fine for your nerite snail.

If you observe your nerite snail rarely moving, it may be due to starvation. Due to the lack of food, your snail’s energy levels may become low, making it slow or stationary at a place. Like other living organisms, they get the energy for movement from the food they eat.

If you’re not feeding your nerite snails well, they will stop moving at some point. There are also high chances of this happening if the aquarium doesn’t have any fish, plants, or algae since the nerite snails can also use the food leftovers of other organisms as food.

– Too High or Too Low pH

Nerite snails need a specific pH to live in the aquarium. The ideal pH for your snail is 8.0. If it increases or decreases, it can be harmful to your snail. It can even die if the pH changes drastically or doesn’t remain stable.

– Your Nerite Snail Is Sleeping

Nerite snails’ sleep is confused with death because they can sleep for days and at any place in the aquarium. But you shouldn’t be very quick at declaring your snail dead if it doesn’t move for two to three days. A dead nerite snail shows many symptoms of not being alive, which don’t appear while sleeping.

Like humans, lead, copper, and chloramine also act as toxins for nerite snails. If these toxins are present in the tank, they can kill your snail. But before they kill a nerite snail, they affect its overall health. As the health of the nerite snail declines, it becomes inactive and stops moving.

How To Help If a Nerite Snail Is Not Moving?

Nerite snails stay happy if the temperature is between 72 °F to 78 °F and a pH range between 8.0 to 8.4 and they prefer hard water. To check these parameters, you can purchase an aquarium test kit.

The best companions for nerite snails are barbs, guppies, tetras, other nerite snails, ghost shrimp, and other friendly fish. They like to live with creatures that have a calm nature.

Routine maintenance of the aquarium is a must for your nerite snails’ health. When plants, fish, and nerite snails live in the water, they can produce a lot of waste. Moreover, the dead organisms cause high levels of toxins in the tank.

If you don’t have time for routine maintenance of your aquarium, you can also use water conditioners. They ensure that the aquarium is safe for your nerite snail by neutralizing harmful toxins.

It’s the easiest thing that you can do to keep your snail active. Feed them properly, especially if your tank doesn’t have algae. In the presence of algae, they can survive by eating it.

Nerite snails are not picky for food and can eat plants, vegetables, algae wafers, or anything. All you have to ensure is that your nerite snails are getting enough food.

– Add Some Plants to the Tank

By adding plants to the tank, you’ll provide your nerite snail a healthy distraction. If your tank is empty, your nerite snail can become inactive since it gets bored. With plants in the aquarium, your snail will be able to hide behind them as well as eat them. So, it won’t starve and get bored, which will keep it moving in the tank from one corner to another.

Acclimating the snail before adding it to the new aquarium will help it quickly adjust to new conditions. The acclimation process isn’t complex. To do this, take a bag filled with water from the original habitat of your nerite snail. Float the bag in the new aquarium and occasionally add water to the bag from the new aquarium.

Why Did My Nerite Snail Leave Its Shell?

There are multiple reasons why nerite snails leave their shell. Some of the most common are below:

You shouldn’t keep your nerite snail with fishes that can attack it. Fishes like Dwarf Pufferfish and Loaches are predators of nerite snail. They can attack your little snail anytime, knocking it out of its shell.

Can a Nerite Snail Survive Without a Shell?

No, a nerite snail can’t survive without a shell. If any damage occurs to the snail’s shell or it’s out of its shell, it indicates death is near for your nerite snail.

Yes, snails hibernate. In natural habitats, snails do this as a survival strategy. For example, if food isn’t available or the temperature is too low, snails will hibernate. In the state of hibernation, the energy consumption reduces significantly, allowing the snail to get through unfavorable conditions.

Hibernation is not very common in aquariums, because there, the temperature mostly remains stable temperature and enough food for nerite snail. But that doesn’t mean this condition doesn’t happen in aquariums.

Your nerite snail can go dormant if sufficient food, in the form of algae or any other, isn’t available. Moreover, the change in water parameters also triggers a signal in nerite snail to save energy. If it does detect such a shift, then it will stay dormant as well.

How To Identify When My Nerite Snail Is Dying?

Look for the following symptoms to identify a dying snail:

– Changes in Mantle and Shell

A cracked shell of a nerite snail risks its life because the snail can die. A cracked shell can be cured, but mantle damage is a more severe problem. Your snail can’t live if the mantle collapses.

A nerite snail hibernating or sleeping becomes inactive. If your snail is sick, it will not move in this case as well. But if you observe your nerite snail not moving for many days and not responding to food or anything, it may be dead.

If a snail is dying, its foot will swell. It’s a death symptom often seen in older nerite snails. 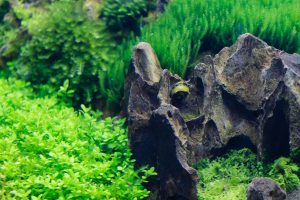 Nerite snail not moving is only a thing to worry about if you don’t know what it means. But now you know how to translate the no-movement gesture of nerite snail, and here is the gist of what you learned:

Here ends our guide to ensure your nerite snail’s health is optimal in the fish tank. Make sure to remember these things the next time your nerite snail stops moving, as it’s better to help early than regret not doing so later! 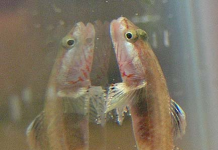 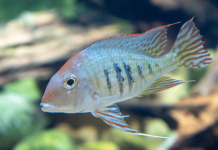 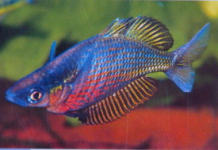