In my opinion this is a stunning colorful fish especially if the male is in a school with females. He will display beautiful blue and red color.

Coloration:The most commonly know variety is the “Gold Fin” with the male being red in the body,blue face and blue fins. Females are silver with orange anal and pectoral fins,with a tipping of orange on top of the dorsal fin. They have several very faint vertical lines from the head to the caudal area. Other color descriptions of the Haplochromis Borleyi Redfin depend on location within Lake Malawi. The Haplochromis Borleyi Red Fin is one color variety of the Haplochromis Borleyi RedFin .Other common names or different spellings these fish are known by are the Chakhuta, Haplochromis Goldfin, Happy, Red finned Borleyi, and Utaka A few names related to the location are Kandango, Liuli, Sambia Reef, and Gold Fin. They are one of the largest Utakas. The are larger then mbunas and were once categorized as Haplochromis. Available in several color varieties, this species provides lots of choices to compliment your collection.

The Haplochromis Borleyi Red Fin are easy to care for as long as the tank is large enough,water is kept clean, and the aquascaping is correct. Though they are easy to breed, avoid cross breeding with similar cichlids to keep strains pure. The streams that flow into Lake Malawi have a high mineral content. This along with evaporation has resulted in alkaline water that is highly mineralized. Lake Malawi is known for clarity and stability as far as PH and other water chemistries. It is easy to see why it is important to watch tank parameters with all Malawi fish. This fish is not considered to be a community fish. The Haplochromis Borleyi Red Fin rarely shows any aggression to other tank mates except during mating when the male defends his territory. Even then, the male is more “bark” then bite. They should not be housed with aggressive cichlids or mbunas. They can be housed with Aulonocara and other peaceful Haps. Avoid keeping similar color and similar size to keep aggression to a minimum. They are said to fight with any blue colored fish. They are best kept in groups of one male and several females. The males are very gentle with the females and they will even school together if there is a larger group. These fish grow to to a length of 6-7 inches sometimes larger in home aquaria.

Widespread throughout the lake in open water areas, forming large schools in shallow or deep waters, they are also found over the same rock piles as mbuna.

Breeding:Has been bred in captivity. The male is ready to breed in about a year. The female is a mouth brooder and will carry up to 60 eggs. The eggs take a little longer then the typical 21 days. They can take just over three weeks to hatch.The young are born silver with orange fins and they are slow to grow. 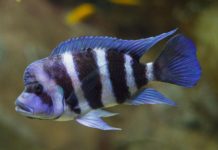 Frontosa Cichlid: Why This Species Is Every Cichlid Aquarist’s Favorite 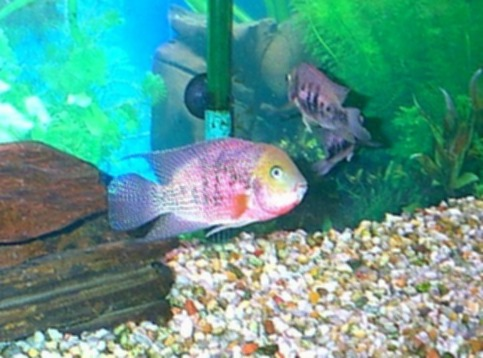 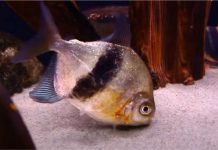