Corydoras pygmaeus is one of three dwarf cory species available in the hobby (the others being corydoras hastatus and corydoras habrosus). Part of their charm derives from their habit of swimming in the mid-level regions of the aquarium, as opposed to other cory species which tend to be primarily bottom swimmers. They are peaceful fish and best suited for a species tank or a community aquarium which includes other similarly sized species. Pygmy cories are best kept in large schools of 10 or more individuals.

This cory is more torpedo shaped than others in the genus. It has the barbels and the twin rows of lateral plates that are typical of other cories. Sexual dimorphism is minimal; however females are larger and plumper than males.

The body is silver gray in color with a dark band running from the tip of the nose to the tail. A black spot is located at the base of the tail. Fins are clear.

This species prefers soft water and low to neutral pH, although it will tolerate a range of water conditions. Sandy substrate is best in order to prevent damage to barbels. Provide plenty of plants and driftwood throughout the aquarium, with a central open area for swimming. They should be kept in schools of at least six, although larger schools of 10 – 12 + are preferable. Keep in a species tank or with tankmates of similar size and temperament. These peaceful fish should not be kept with aggressive tankmates or with anything large enough to eat them, including most cichlids. 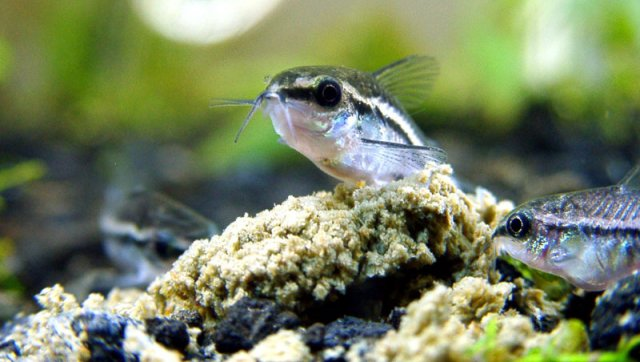 Spawns in pairs or trios, depositing eggs one at a time on plants and glass around the tank. Courtship behavior consists of the female nudging the midsection of the male in typical cory “T” form. Females release one egg at a time which is held between the anal fins where it is fertilized by the male. The female then finds and cleans a surface in the tank where she deposits the egg. A female can produce as many as 100 eggs in a spawning cycle. Fry can be removed from the tank and raised separately from the parents. Feed liquifry initially, followed by microworms and then baby brine shrimp.

Water Changes in the home aquarium, Why, How Much, and How... 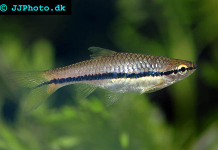