With barbs like p. tetrazona and p. denisonii taking constant spotlight in the barb world, this beauty has taken a backstage and is not very well known nor appreciated, a shame, for its beauty can be captivating.

Native to India, specifically its Southwest states of Kerala, Tamil Nadu and Karnatake(possibly restricted to the South here).

Typical puntius shape, with strong lateral compression. Dorsal rays of sexually mature males have long extensions that fan out delicately as they swim.

Base colour of both sexes is a metallic hue of greenish silver – gold. Gill plates of particularly colourful males are light blue with pinkish bellies. Right before the caudal fin there is a very pronounced black mark that usually takes the form of a spot, which varies considerably in size. The upper and lower part of the tail has a single orange and black stripe.

Undemanding, provided water is kept clean and nitrate levels are low. Likes flow, so slap on a powerhead on one end to give them a chance to “stretch their fins”. Lots of smooth (not glossy) rocks and a substrate of fine sand should they feel the need to hunt for non-existant snacks. Diet: Omnivorous; like the usual, a good quality flake/pellet as the staple, but supplement as often as possible with a multitude of live and frozen foods to get the most vibrant colours from them. Veggies, they will probably not accept, but like most riverine fish they will take nips at algae growing in your tank for whatever goodies may reside in there.

According to Pethiyagoda and Kottelat (2005) this species is most common in coastal floodplains. It is found in both fresh and brackish waters of rivers, estuaries, coastal marshes and reservoirs. Mostly found in flowing rivers and streams with highly oxygenated water, alongside fish like danios, loaches, and channa. These tend to have rocks and boulders strewn across the bottom which is made up of sand. Aquatic plants are rarely a feature in their habitats, but terrestrial plants growing by the banks are often lush and draping into the water, where the fish frequently seeks refuge from the current.

Not the easiest, but not exactly a cardinal tetra feat. You’ll need to set up a separate tank in. Something around 36″ x 12″ x 12″ in size would be acceptable, but for you conservatives, go ahead and go wild. This should be dimly lit and contain clumps of fine leaved plants such as Java (spawning mops could also be used) to give the fish somewhere to deposit their eggs. Alternatively you could cover the base of the tank with some kind of mesh. You want the holes to be big enough for the eggs to fall through, but too small for the adults to get through. The water should be of around neutral pH, gH < 8, with a temperature of around 75 – 80°F. A small air-powered sponge filter bubbling away very gently is all that is needed in terms of filtration. Plonk in 6 of each sexes, condition them heavily by feeding foods rich in protein. Check for eggs every morning. 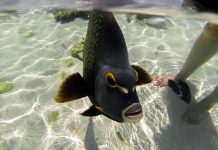 Angelfish Not Eating: Here’s What Can Be Causing Trouble 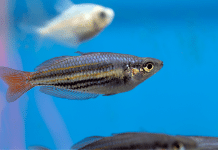 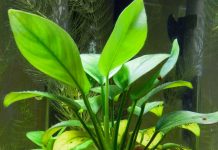 Anubias Congensis: An Attractive Plant To Keep in Your Home Aquarium 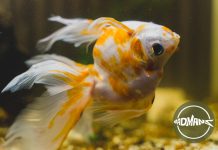 Goldfish Swim Bladder: What Causes This Disorder to Your Fish?