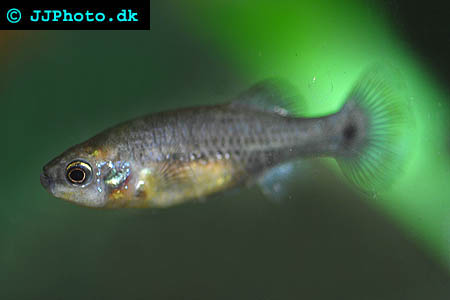 Fewer than 50 adult splitfins still exist in the small, shallow pool that is their native habitat. Even then, they are grossly outnumbered by Trinidadian guppies, an invasive species, and the aggressive Two-spot livebearer. Additionally, they are pressured by environmental destruction, pollution and habitat degradation. Conservation efforts are being made to breed this fish and reintroduce it into the wild. Likewise, aquarium trade that was once a threat is now well-monitored and something of a haven to very special fish that gestates it’s fry internally with something similar to umbilical cords and placentas.

A single spring-fed pool of the Rio Teuchitlán.

Breeding:Easy. Sexual dimorphism: Males are up to 1/3 smaller than female and are more intensely colored. Females are larger and are fuller-bodied. Due to it’s rapid disappearance in the wild, little is known about the courtship and the spawning process. Zoogoneticus is most likely to spawn in the summer or winter. The male transfers sperm into the female using the first few spines that are split off from his anal fin (hence the name “splitfin”) and fry develop within her ovary. Uniquely, fry receive nutrients from the mother via a ribbon-like structure and they have a placenta-like attachment on their stomachs. After 6 to 8 weeks, 10-30 fry are born. Fry should be removed from the tank as adult fish will eat them. They are sexually mature and distinguishable in 6 to 10 weeks. Unlike other livebearers, females do not store sperm and must be fertilized for each pregnancy. 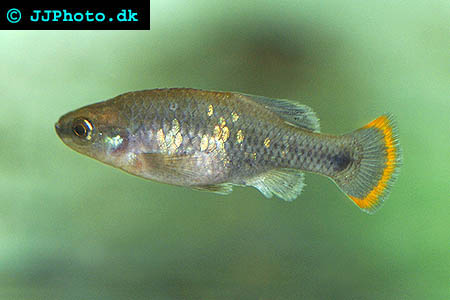 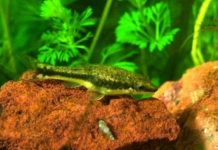 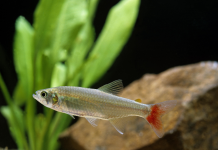 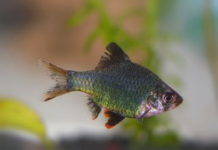