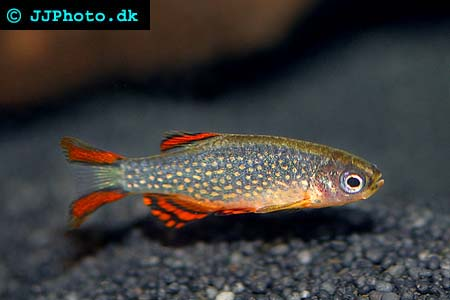 An elaborate version of its cousin the Tiger Barb, this mostly peaceful fish does best as part of a small school. 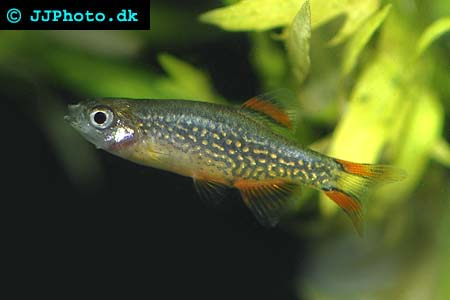 General Body Form:Males: A rounded, fusiform body with a very short snout and moderately long, rounded fins. The caudal fin is homocercal and indented. Females: Are generally a little larger than the males and are notably more round-bodied when gravid. 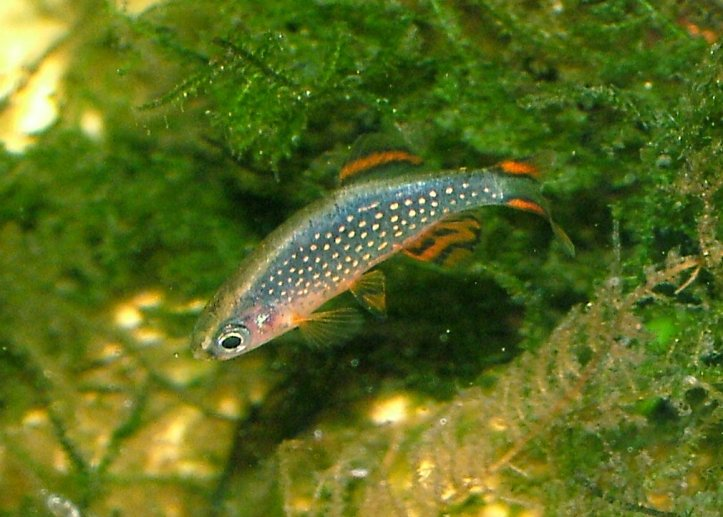 Biotope:Usually inhabits clear streams strewn with rocks and boulders, frequently found below waterfalls. It is also found in the open areas of flooded swamps.

Easy. OVIPAROUS: Egg-scatters. Sexual Dimorphism: both Dimorphic and Dichroic. When ready to mate, the male will briefly chase the female to ensure she is receptive. They then move to the bottom of the tank where they will scatter and fertilize approximately 30 eggs in dense vegetation (spawning mops may be substituted.) Observing the mated fish, non-courting males may either try to fertilize the lain eggs or engage in egg-predation (at this point it’s advisable to remove all adults to a separate tank prevent egg-predation.) There is no parental involvement past spawning. Generally, larvae hatch in 3 to 4 days and hide out as close to the substrate as possible. They lighten in color as they grow soon begin free-swimming and venturing for food (the larvae can be fed paramecium.) At 8 to 10 weeks the larvae metamorphose into their adult forms and changes in their coloration are distinct by week 12 onward. Fry can be fed artemia, nauplii and microworm. A sponge filter is recommended for keeping the water clean while sparing the larvae and fry. 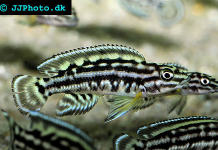 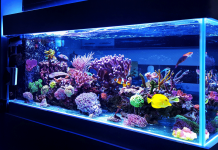