Home Fish Profiles Clown pleco, Panaqolus maccus Profile – Care, Maintenance & Breeding
Facebook
Twitter
Pinterest
WhatsApp
This months profile was written by Sully, a regular on the sites message board, check it out if you have a questions or comments. Thank you Sully!

The clown pleco has become popular with hobbyists that cannot provide appropriate accommodations for its larger cousin, the common pleco. Unfortunately many people confuse the needs and behavior of this fish with that of many other members of the pleco family. It is a hardy, easy to care for fish. Hobbyist should be sensitive to nitrate readings in tank. This fish is peaceful. Multiple specimens can be kept given sufficient space and proper décor.

General Body Form:Except for the belly area the body is covered with large bony plates. The head is flat, broad and quite large. The mouth is found on the underside of the head and typical for the species, is shaped like a suction cup. It has one pair of barbels. The eyes are slightly protruding from the head.

Coloration:The color varies, depending on the species, age , and the area in which it was found. Generally the base color of the body is light brown to black, but can vary in shade to almost white. The belly area is white. The most noticeable coloration of the fish are its stripes which consist of 5-12 orange to white stripes. Sometimes these stripes are so broad that they appear to merge with the main body color and the fish seems to have black stripes. The fins are also striped like the main body.

Maintenance:The Clown Pleco is a beautiful specimen exhibiting a brown and tan stripe pattern (which changes as the fish matures). If you need to see your fish on a daily, weekly, or even monthly basis this fish probably is not for you. The Clown Pleco is found in root structures at the banks and driftwood dams. Where, due to its coloration, it is difficult to find. Properly housed, the same conditions in your tank will make him difficult to spot. Complicating sightings by the hobbyist is tank lighting. This species will not exhibit robust daytime activity in an improperly designed environment. Rather, they will stay in the shadows afforded by wood and rocks, as well as camping out in the small sized caves that should be provided. The Clown Pleco becomes easier to spot moving from location to location in dim light environments. The Clown is a wood eater, so driftwood is a must. It is territorial and will stake a claim to areas at the base of its favorite driftwood or a near by cave. At feeding times the Clown pleco will defend its patch of substrate against interlopers eating its food. Also, vegetables (zucchini, cucumbers, sweet potato, etc.) are required. Sinking pellets as well as algae and vegetable wafers should also be fed to this fish. This species creates a lot of waste. Good mechanical filtration and tank cleaning practices are required. Caution: If you are after an active algae eater this is not the fish to get.

Biotope:Rivers of its’ home range

Easy to Intermediate level of difficulty. 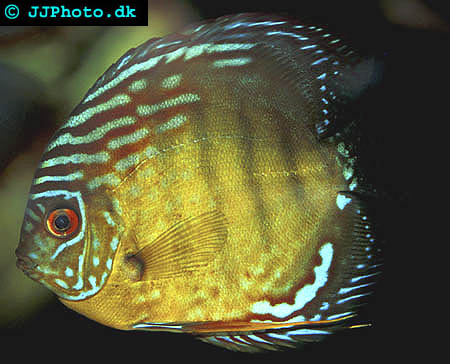 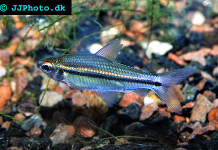