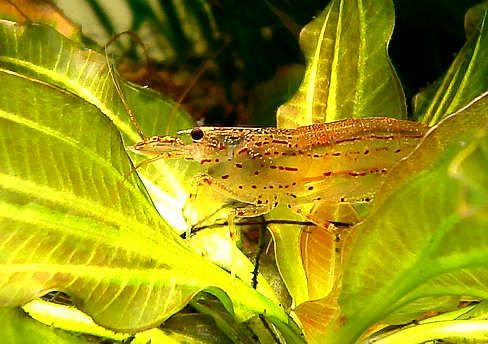 Considered one of the best algae eating additions for any aquarium. They are highly sought after by hobbyist and make great additions to any tank. I have never had the pleasure of keeping this shrimp so much of this information is gleaned from deferent sources across the Internet. I would greatly appreciate any comments you have on the care and keeping of these fine animals.

Coloration:Body color consists mostly of a light brown opaque color. On the back shell, there is a tan stripe that runs from the head down to its tail. On the shrimp’s side flanks, are a series of broken lateral lines that are a reddish-brown in color. The tail also contain two or more black and white dots.

Amano shrimp are very tolerant when it comes to water conditions. Since they come from swamps and marshes they can also tolerate different levels of salinity. pH is not overly critical and they will adapt to a wide range due to their home water conditions. A well established planted tank is a must as are very sensitive to ammonia/ammonium. Like most invertebrates they are very sensitive to heavy metals – like copper- as it seems to interfere with their molting process which will cause them to die. You must be careful when choosing tankmates for these fish, small peaceful species are the rule. Cichlids and other large fish will simply see them as food and quickly eat them. This shrimp has been known to live up to three years in captivity. Caridina japonica has been known to eat almost every kind of algae known to the aquarist and this is the main reason they are so highly sought after The Amano are not just a cure all for an algae problem as they are finicky when it comes to how much, and of what type of algae to eat. One algae that Amano do not like, is the dreaded black beard algae. Nevertheless, when they are hungry they will gnaw away at some of it. These shrimp are most active at night, but seem to do a decent job during the day as well. Even if there is an abundance of algae in the tank,. In rare cases, Caridina japonica has even been known to eat plants. Along with eating some living plants and algae, Amano will also eat detritus in the form of dead plant leaves and leftover food.

Biotope:Found in still and slow-moving marshes and swamps.

The Amano Shrimp is difficult to breed. I have read that there have only been a few people who have managed to breed these shrimp, and even fewer who have managed to raise the fry. It is believed that the mating season lies in late spring or early summer. If fry are produced, they should be removed from the parents, and should be kept in an aquarium with a sponge filter and plenty of algae to eat. 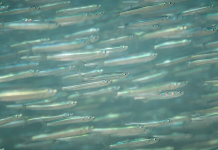 Eigenmannia Virescens: All You Need to Know About the Glass Knifefish 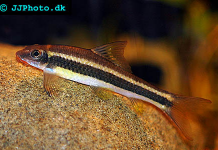 Fish Anatomy, learn to identify and understand the different parts of...