An ancient species that has become common in the trade they are related to Bichirs and have similar needs. 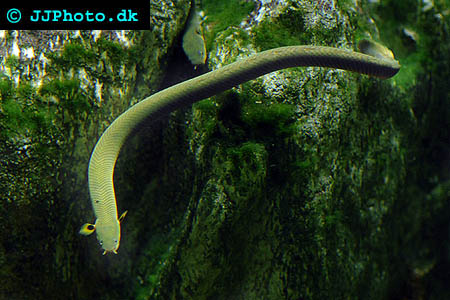 Not a striking fish the body is basically green, with the exception of the belly being yellow and the Black spots at the base of the pectoral fins 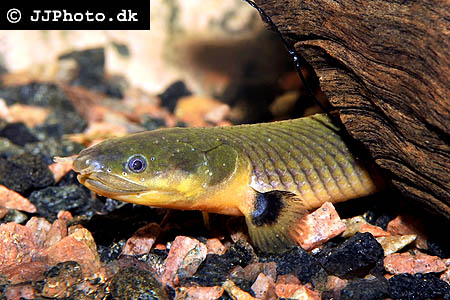 The most important aspect of keeping the reedfish is a very tight fitting cover, they are escape artist and will fit out of the smallest holes. If they do manage to escape they have been known to survive for several hours out of water and it may be possible to save it if found in time. The aquarium should be heavily planted and provide plenty of hiding areas among roots or driftwood. Good filtration and the addition of some sea salt is beneficial. Try to keep a minimum of two fish. Generally peaceful and will get along with most fish, try to avoid keeping them with large Cichlids. The reedfish is a nocturnal eater and can be easily fed on crustaceans and insect larvae and can adapt to the more meat like available foods such as tubifex, bloodworms and earthworms. They will eat smaller fish if given the chance

Training a fish?, Article 65 on the care, upkeep and maintenance... 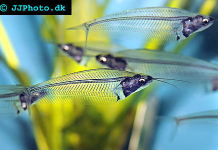 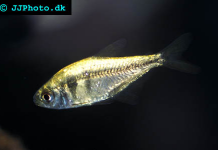 Water Change Math, OTS And Other Mismatches Between Tank and Source...