Although the title is Rainbow fish the information here will generally apply to four different families, except for their distribution they all have so much in common that they will be described together. Ongoing research will determine their final classification. Rainbow fish belong to the family Melanotaenia, the blue eyed rainbows to the family Pseudomuglidae, the Rice fish to the family Orziatidae and the Silversides to the family Atherinidae. These four families are found mostly in the Indo Pacific area mainly in Australia, New Guinea and Indonesia. Sporadic examples can be found in the far east.

All members of these families have elongated bodies with mostly flattened sides. They can have magnificent colors that rival many Marine fish, but generally only show when fully mature or in breeding. Older Rainbow males tend to develop a hump or high backed bodies. 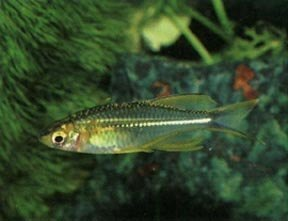 Celebes rainbow
(Not a true rainbow, belongs to the silverside family)

All of these fish are schooling and do not well or show off their best colors if kept singly. Your tank should include at least six individuals from the species. The tank can be well planted along the back and sides, but leave plenty of open area as these fish are lively swimmers and require lots of swimming room. Use drift wood and bog roots only sparingly as they tend to Acidify the water. A good plant to use is the Java moss as it is native to the region and can also serve as a spawning medium. 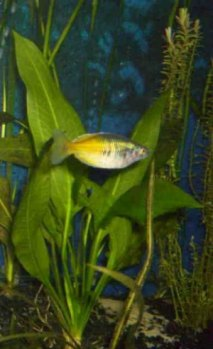 From Roan, the webmaster of Bowheads a site dedicated to the rainbows.
“Rainbowfish can be very aggressive to other rainbowfish. Although I used to consider bows to be community fish, experience has taught me otherwise. How they act will depend on where they have been sourced, as well as individual personality. Bows that are true to their wild genotypes are definitely not community fish.”

Often stated as being a good community fish, I would follow the above advise from a very experienced hobbyist.

The fish from the four families are long term spawners which mean they will lay their eggs over a period of time. Depositing a few eggs every day during their courtship cycle. The Java moss acts as a repository for the eggs or you can use what’s known as spawning mops that can easily be removed for hatching away from the parents. Parents should not be kept with eggs. They will eat them. Move the mop or the parents into another tank. Rainbowfish fry are very sensitive and should never been moved until they are 2 months old (8 weeks). The parents will also eat them. They are also far too small to eat crushed flakes They need infusoria and/or vinegar eels for up to 2 weeks (species dependent) before they can be fed baby brine shrimp or microworms. 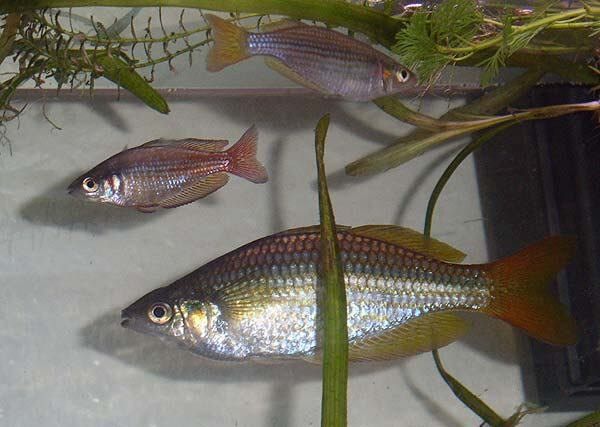 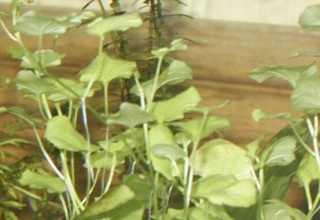 Badmans fish identity page Do you think you know the species 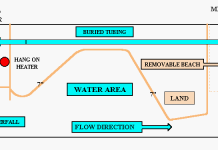