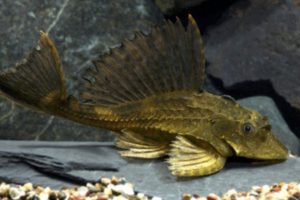 As a member of the Pterygoplichthys genus, the Rhino Pleco has a unique appearance and tends to do well in community tanks.

The species is popular among aquarists due to its solitary and non-aggressive nature. They’re natives of the freshwater rivers basins of Marañón and Ucayali, Peru, and that’s the same region where the Bolt and Jelly Bumblebee catfish originate.

Despite the popularity Pterygoplichthys Scrophus species enjoy, there’s not a lot of viable information about their care and upkeep.

If you’re on the lookout for a care guide for Rhino Plecostomus, we’ve got you covered. This article will focus on all aspects of nurturing the Rhino Pleco in a home aquarium setup, along with detailed information on diet, tank habitat, and water parameters.

Getting To Know the Rhino Pleco

Rhino Plecos may not have the bright colors or stunning patterns that members of the Loricariid family have. However, they’re no less fascinating.

These fish are mild-mannered, but their sizable dorsal fin (with ten or more dorsal rays) gives them an aggressive appearance, making them an exciting addition to any community tank.

Another fascinating characteristic of this species is the raised ridges along the sides of their bodies, giving them a reptilian vibe. That’s one reason why these fish are also referred to as Alligator Plecos.

One feature they share with other Loricariids is the row of armor plating covering the top of their bodies.

They also have evertable (turnable) cheek plates, a downward-facing suckermouth, and adipose (consisting of body fat). The stomach of this species is also connected to the dorsal abdominal wall, but their undersides are plate-free and vulnerable to injuries.

Rhino Plecos generally inhabit floodplain lakes, sluggish streams, or marshes —  which means they’re likely to do well in aquariums with lots of shade and hiding spots.

In short, despite their fierce appearance, Rhino Plecos are pretty easygoing and like spending their time grazing the substrate for algae and other sources of sustenance.

Understanding fish behavior is an integral part of your journey as a budding aquarist. Every fish species is unique in terms of care requirements but also temperament.

For example, some species are predatory and aggressive, like Convict Cichlids or Bucktooth Tetra. Others are classified as semi-aggressive, which means they can get hostile under the right circumstances.

Learning the behavioral details of a fish species prepares you for how you can expect the species to act and aids in making decisions about tank mates.

The brilliant part about housing tropical catfish is that they’re generally not aggressive by nature. And, you’ll be glad to know that Rhino Plecs aren’t any different in this regard.

Alligator Plecos may look like they’ll take a bite out of smaller-sized fishes, but in truth, these bottom-dwellers prefer to stick to themselves and explore their layer of the aquarium.

You don’t have to worry about Rhino Plecos starting fights with other species in a community, provided you take specific measures. You see, Rhino Plecs don’t qualify as small fry, and they like having room to move around. That’s why you may see your Alligator Plec misbehave if you place it in an overcrowded or small tank.

Additionally, while the species isn’t overly territorial, they don’t get along with other family members. So, housing a Rhino Plec with another of its kind or any species with similar features can also result in hostile behavior.

Aside from that, these fish are overall peaceful and don’t care much about taking place in other areas of the tank, as long as their level is deserted and calm.

Taking Care of the Pterygoplichthys Scrophus

We’re hoping you have a better understanding of Rhino Plecos after learning about their background and behavior. However, that’s not all you’ll need to be able to provide the species with an outstanding quality of care.

That’s where this section can help you. The three main focus points of most care guides are diet, tank habitat, and water parameters. If you’re able to implement all the details mentioned here, you’ll have no trouble rearing a Rhino Pleco in your home aquarium, no matter your skill level. 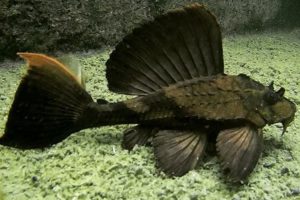 One of the many reasons we love and recommend this species to beginner fish keepers is that they aren’t fussy when it comes to feeding.

Rhino Plecs are omnivorous, which means they’ll do well on a diet that consists of high-quality pellets or flakes.

The reason why most experts insist on specially formulated flakes or pellets is that they include all the nutrients your fish require daily. Undernourishment isn’t uncommon in fish and can impact growth rate and health.

Aside from that, Alligator Plecs also like feeding on algae wafers and vegetables like sweet potato (because they need fiber in their diet). Remember, the species hail from a region where vegetation is aplenty, so they’re wired to eat a diet that’s high in fiber and low in protein. You can ensure variety in your Plecos diet by treating it to live or frozen treats like brine shrimp or bloodworms.

You should also know that Rhino Plecos are pretty voracious plant-eaters. Be it robust plants rooted in the substrate or floating aquarium plants, Rhino Plecos will take a bite out of most.

Thankfully, you reduce the chances of your aquatic plants being savaged by keeping your fish well-fed. Or, you can introduce plants like duckweed that are fast-growing and nutrient-rich. Your Rhino Pleco’s love for vegetation may even help keep duckweed growth in check.

Since Rhino Plecos originate from the warm waters of river basins in Peru; they tend to thrive in high temperatures ranging from 72 to 82 F. Additionally, the fish are native to waters that are mostly acidic, so your tank’s pH levels should range between 6.0 to 7.6.

Ammonia and nitrite levels need to clock in at 0ppm, and nitrate levels should always be less than 30ppm.

The minimum Rhino Pleco tank size requirement is 50 gallons. Of course, if you’re adding your Plec to a community tank, the number might go up accordingly.

While Rhino Plecos enjoy taking time out in resting spots, you’ll have to ensure you don’t cover the base layer of your tank with too many decorations. Remember, anything that causes this species to feel overcrowded is a bad idea.

As with most Plecos, opting for a sandy substrate is a good idea because this species has a soft underbelly. Substratum with jagged edges can result in scratches or infections, which you want to avoid.

Aquarists can use bogwood and flat stones to create hiding spots for their Rhino Plecs or opt for rock structures. However, no matter the decoration you choose, ensure your tank has driftwood. That’s because when your Pleco scrapes the wood to feed on algae, it also gets a shot of fiber and is good for their health.

Adding plants is a good idea; however, remember some plecos like munching on plants. However, you can stop your Rhino Pleco from going after your aquatic plants by adding varieties like Anubias or Java Fern because Plecos don’t like eating them much.

If you’re wondering why Rhino Plecos are so sensitive on the subject of tanks, it’s likely because the average Rhino Pleco size ranges between 10 to 11 inches. However, there have been reports from aquarists claiming their Alligator Plecs were able to touch 16 inches in captivity.

In short, this species isn’t precisely small-sized and needs plenty of space to explore and stay comfortable.

Prospective fish keepers should also note that this species is pretty fast-growing. You can expect your Pleco to gain two to three inches per year, so if you’re thinking about starting with a small tank, don’t bother.

Finally, the average life expectancy of a Rhino Pleco is approximately ten years. However, as always, we’d like to remind our fellow fish enthusiasts that lifespan statistics are more like guidelines that function based on ‘if everything else is okay.’

In reality, how long you can expect your Pleco to live depends on several factors, such as the absence of diseases, quality of care, and the general constitution of the fish. The good news is, Rhino Plecos are pretty hardy creatures and will thrive under good care.

As mysterious as the ambiguous reports of Rhino Plecos on the internet make the species look, what’s more shocking is that there’s not a single report of these fish breeding in captivity.

But, considering the breed’s similarity in size and other variables to Leopard Plecos, it’s likely that no one has been able to breed Rhino Pleco in aquariums because recreating the proper breeding environment at home is impossible.

Rhino Plecos aren’t the easiest of fish species to sex, and if their breeding practices are in any way similar to Leopard Plecos, it’s something only commercial breeders can manage. For example, you’d need a mammoth-sized breeding tank, and apart from that, a mud wall for the incubation of eggs.

However, at this point, how Alligator Plecos breed is all conjecture and theory because there are no reports, commercial or otherwise, describing the process.

Alligator Plecos aren’t all reptilian in their nature, despite their strange name. These fish are peaceful, calm, and mild-mannered — as long as they’re left alone and have spacious quarters.

Unsurprisingly, this makes them perfect candidates as the bottom-dwellers in community tanks. Rhino Plecos will do best when paired with other medium-sized, non-aggressive fish species.

You can think about adding more bottom-dwellers with a Rhino Pleco if you have a large aquarium. Having enough room in the tank will allow fish keepers to demarcate territories for different species with the help of plants or decorations.

However, attempting something similar in small tanks will lead to over crowdedness and trigger territorial instincts. 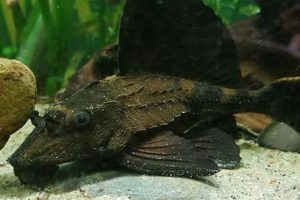 We’re at the end of our Rhino Pleco care guide and hope you’re all caught up on all the info you need to bring the distinctive-looking Pleco home. Here’s a quick recap, in case you missed something:

Alligator Plecos will make great first-time aquatic pets for fish keepers because they’re easy to look after and are mild-mannered. That’s why, if you’re thinking of putting up a community tank or first single-species setup, be sure to look this species up! 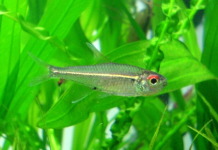 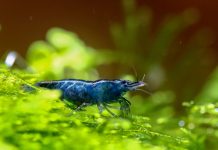 Blue Velvet Shrimp: Get To Know Better This Freshwater Shrimp 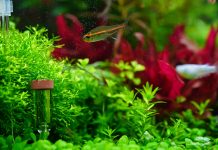