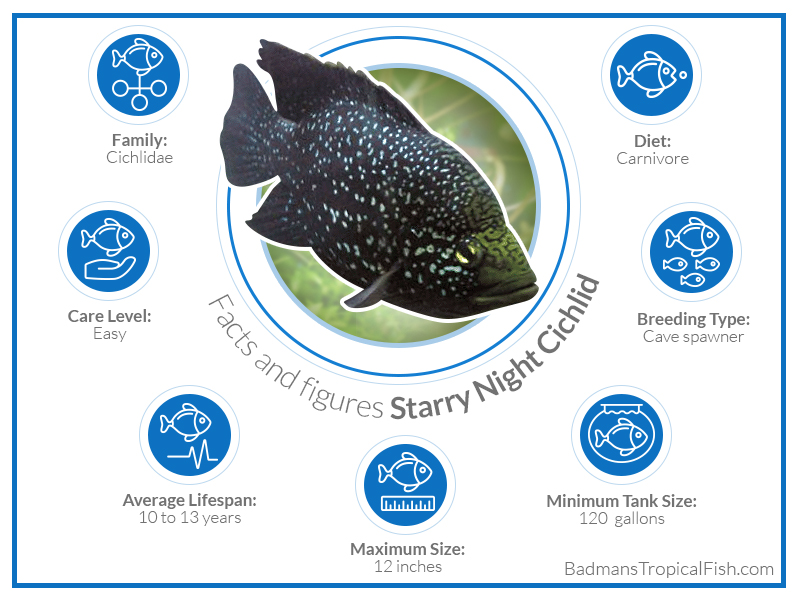 The Starry Night Cichlid, also known as bleekeri cichlid, is a large, beautiful species from the island of Madagascar. They are often used as the centerpiece of African-themed freshwater tropical aquariums.

The species is easy to care for and can be a good choice as long as you have the experience with large aquariums necessary for their care.

Though they may be extinct in their native habitat, commercial breeding has kept the species safe and in good availability.

Keep reading to learn everything you need to know to care for, maintain, and perhaps even breed starry night cichlids.

Paratilapia is a genus of cichlids originally native to the island of Madagascar. These are large, dark cichlids densely covered in light spots. Of these, the starry night cichlid is the most noteworthy. Known for its beautiful patterning, the species is endemic to the Betsiboka river drainage in the northwest portion of the island. 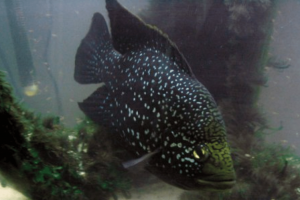 The Betsiboka is the largest river on the island and has suffered from over-deforestation and industry. Its red, earth-stained waters are now heavily silted from massive soil erosion. As a result, many native fish species, including the starry night cichlid, are endangered or feared to be extinct in the wild.

There exists considerable confusion among taxonomists as to whether there are two Paratilapia species; one with small spots currently known as P. polleni and one with larger spots – bleekeri. Regardless, both species look very similar but for the size of the brilliant iridescent silver-blue spots covering the entire body.

While both variations are beautiful, you can help narrow the confusion when purchasing this species by specifically requesting large-spot starry night cichlids.

In coloration, adult starry night cichlids are a deep, rich brown to black with distinctive colored spots that resemble stars in an evening sky. Their dorsal fins have yellow to white margins along their entire length. Male members of the species have wider banding on their fins.

Aquariums with dark substrates or are dimly lit will help your starry night cichlids display their brightest colors.

Starry night cichlids are undemanding in overall water conditions as long as the temperature is within their range of 76 to 82°F (24 to 30°C). Their size and temperament mandate larger tank sizes, appropriate décor, and suitable choices of tank mates for successful single species or community tanks.

Starry night cichlids need room to grow to reach their full size. With fish getting up to 12 inches, this calls for aquariums with a minimum size of 120 gallons for a pair. Putting them in smaller aquariums will limit their growth.

To keep more than a pair, you effectively should consider doubling the aquarium size, which makes care and maintenance much more complex. Large aquarium care is best managed by automating as much of the tasks such as water changing and bottom cleaning as you can.

This species of cichlid moves gravels by mouth to build nests, so underground filters will be exposed and nibbled on. If possible, keep as much of the filtration system outside of the tank as possible. A good water return is a must. Starry night cichlids come from river environments and appreciate moving water.

Like most cichlids, starry night cichlids have plenty of attitude. They can be very aggressive against their species and mildly to outwardly aggressive to tank mates. One way to help manage aggression is to place tank décor in a way that creates territories for your fish.

As their native habitat is rock- and cave-based, setting a good base of gravel with lots of larger rocks arranged to make caves or hardscape caves will help them feel at home. If you are planning to keep more than two starry night cichlids, try to arrange the rocks and caverns to minimize the line of sight between them to limit eye contact and aggression.

Planning caverns to hold full-size adult fish will make it easier to maintain your aquarium without drastic changes over the long term. One thing to avoid is using rocks that have rough or sharp edges as these will scrape fish and leave them susceptible to further injuries and disease. Plants and other vegetation should be used sparingly as the starry night cichlid might try to dig them up.

Tank lighting is not as critical as with other species and can be based upon plant needs. A dark gravel or sand substrate will help bring out the best coloration of your fishes.

Managing aggression in starry night cichlids is not as difficult as with many of the Mbuna species.

If your aquarium has been landscaped to provide territories for the main species and tank mates, following these principles will provide for a mostly peaceful community tank:

The starry night cichlid is a cave spawner but is very picky about how and when it reproduces. Fish keepers have very spotty success in getting their fish to breed but university programs and commercial breeders have learned how to build sellable, healthy stocks. It is something you can replicate with enough dedication and special equipment.

The process to get a breeding pair can take years.

The fish become sexually mature in about three years. As they mature, some fish will pair off and begin to bond. If kept in the same tank, these fish can become very aggressive against their tankmates. Males especially will guard their territory with vigor. Move these fish into separate breeding tanks and you will have a much better chance of your fish successfully breeding.

Good breeding tanks are large enough to comfortably house adult fish [100+ gallons] and will have large cave-like structures the starry night cichlid can get into. The breeding pair will start preparing their chosen cave. This can include rearranging the substrate, tank cleaning, fanning, and other behavior.

Once the female has laid eggs, and the male has fertilized them, the female will usually guard the eggs with the male hovering close by. The eggs hatch in about two weeks. Once born, the parents will guard their young until they are large enough to fend for themselves.

During this time, be sure to feed your adult fish well, so they do not get too hungry and cannibalize their young.

Starry night cichlids are a carnivorous hunting species. In the wild, they will sit very still and charge their prey. You will see the same behavior in your aquarium, especially if you give them live food.

Try to avoid feeding live fish that are fresh from foreign tanks or bait stores to prevent the introduction of disease. If you want to live feed, consider keeping a feeder fish aquarium.

Starry night cichlids are versatile eaters and will accept any of the following:

The starry night cichlid allows you to keep what many consider to be the most beautiful of all cichlid species. You will appreciate their inquisitive nature, ease of care, and brilliant spot colors. By keeping starry night cichlids, you will be helping to preserve an important species that has all but disappeared in their native Madagascar range. 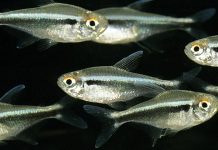 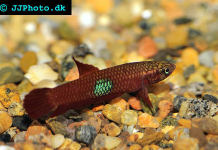 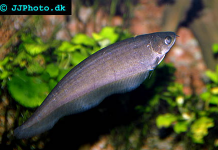 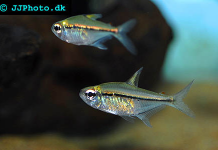