Picking the right filter is a hard choose because there are so many to choose from. Especially for a new person to the hobby. The hardest thing for me was knowing which one was best. Everyone seems to have a preference and choosing the right one for your tank seems to be like choosing the right house for your family. First of all I feel we should explain that there are three types of filtering that all tanks should have.

1) Mechanical Filtration:
Mechanical filtration is filtration that makes the aquarium more pleasant for us more than the fish. Mechanical filtration is a process usually done by means of floss or sponge material. These materials pull from the water dead plant material, fish excretions, uneaten food, and basically anything that is waste that floats in the water. These items are usually pulled by some sort of water current via bubble maker or suction from an impeller. One thing to understand about maintenance of such filters though is that even though the waste is picked up and it’s in the dump site (sponge or floss) it is not out of the water system. Debris trapped in floss still has bacteria and water flowing through it and although out of sight it’s definitely not out of your fishes ecosystem. For this reason a fish keeper needs to clean sponges and or replace floss. This debris can be broken down into smaller pieces and flow back into your tank or can be broken down chemically and introduce higher levels of ammonia and other toxins.

2) Biological filtration:
Biological filtration what you are trying to achieve by cycling the tank. The means by which this is achieved is by bacteria attaching itself to places in the tank such as gravel, ceramic pipe, Bio wheel, sponges, and plastic tubes. Anything in the tank that has water flow and some place for the bacteria to attach itself to in that water flow. Bacteria will form a colony and multiply to match the food source such as ammonia, nitrite, and even nitrate. Ammonia is constantly being given off by fish through their gills. As they breathe through their gills along with other gases such as CO2, ammonia is given off as well. Also ammonia is given off from the break down of uneaten food. Also plant leaves and fish that have expired and left in the tank will give off ammonia. Also fish excretions give off ammonia. For this reason we need the nitrogen cycle to kick in to remove these compounds that are toxic to fish. If you think about it we all (humans included) give off waste produces. We need a means of removing the waste produces so we don’t sit in our own waste. This would not be healthy to you and it is not healthy for the fish. Nitrite and nitrate are not as toxic as ammonia or ammonium but they to if not kept in check will hurt your fish. Vitamin A is good for you and you have to consume so much of it a day to stay healthy. But if you take a mega dose of vitamin A your skin turns yellow and higher levels of it can kill you. Same with the fish, nitrate is almost harmless to fish, but when it reaches levels of 140 ppm and higher nitrate starts to be toxic to fish as well.

3) Chemical filtration:
Chemical filtration can come from many, many different products on the market. To many to really list each and every one. So I will talk about a few types but not all of them here. Activated carbon is the most commonly used component in a chemical filter. Activated carbon is like a chemical sponge. Think of activated carbon as a sponge you use to wipe up a Kool-Aid spill on your counter top. With a dry sponge you place it in the middle of the spill. The sponge sucks up the spill into the sponge but as you spill more Kool-Aid onto the counter the sponge because saturated and can not absorb any more liquid. You must ring-out the sponge or replace the sponge in order to wipe up more of the spill. Well we can not ring-out the activated carbon but we can replace the carbon. Activated carbon removes unpleasant orders, heavy metals, and other impurities out of the water. Other chemical filtrations include peat, zoelite, and other chemicals by companies under different names that are around the same thing. All of these chemicals remove the products that they are intended to remove but have a limited use as they become saturated by the materials they are intended to remove they to need removed and replaced. Activated carbon as a rule of thumb I replace once a month. After a months time it usually is well spent and needs replacing. Some of the synthesized or synthetic compounds last longer before replacing. And others yet such as zoelite can be recharged by setting in a glass of water over night with some salt. Zoelite and some others are not truly a remover of waste so much as an ion exchanger to convert a compound into a less harmful one. The compound didn’t disappear and was not absorbed just changed into a less harmful to the fish compound. One example of this other than the zoelite (which changes ammonia into a less harmful ammonium) is water softeners. My understanding of this from what I have read I feel can be very helpful to my readers and I may mention this again in another page. Water softener such as Calgon and others is not a solution to people with hard water and fish who do not like hard water. These chemicals do what they say they do and the water by our standards is softened by the fish’s standards you have done absolutely nothing to please them. The water is changed by an ion exchange process and to the feel of us the water has been changed and the lime in the water has been reduced. But to the fish and the change in the compound seems the same and they know no difference the water still seems hard to them. More on this later.

There are many things to consider that I didn’t have a clue too when I bought the first one. First of all you must know the size of the tank in which the filter is for. A general rule of thumb that I have gotten from most experienced people to fishkeeping is no less than 3 times the amount of water per hour and no limit on the upper side of this. As it was told to me there is no such thing as over filtering. Although if you read my first page story there is such a thing as snowstorms and wave pools for fish that will hurt them. The problem there was not the gallons per hour so much as the force at which this jet stream of water shot out. Most box filters when large disperse the water across a larger area and filter as much water as the power head but spreading the water out causes much less of a tidal wave. Also with a dry/wet wheel dispersing the water even more by taking the jet of water you end up more with a cascading water fall effect more than a fire hose on the Three Stooges Nuck Nuck!!! We will discuss each kind and try to offer hints on each type and good and bad points if any on each. Most of all of these I have tried and will try to give my likes and dislikes I felt on each. As with anything you read your own likes and dislikes may be different and this is only intended as a guide as to what to look for and what you can expect if you choose this type of filter. As I said I only got into fish keeping back in June of this year and an expert I am not! I will mention that, as with most things in my life I understand things that go on in something better than I do in implementing them. I understand computers in how they work and how to build one better than I do in doing work on one. Same with fishkeeping! I understand chemicals and changes in the aquarium as I was going for a Chemical Engineering Degree before I decided I didn’t want to do that in life and changed my major to Electrical Engineering. I do understand that these things don’t have to be fully understood as much as you just need to be aware of the different problems. And as I have been saying the reason that most people fail at keeping fish is they give up after putting all the money into the hobby because they just don’t understand the basics of what is going on in the tank and where they failed. This is just reference by which if you have a problem to maybe point you into a direction on clearing up that problem. We have all gone through these problems and understand that all people need help. This is why the Badman and me have taken the time to explain these items and if you are having a problem please write us and we will try to help. 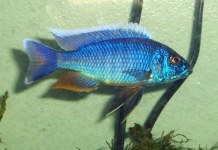 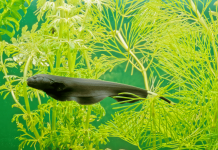 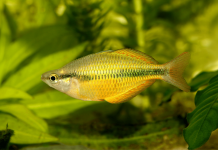 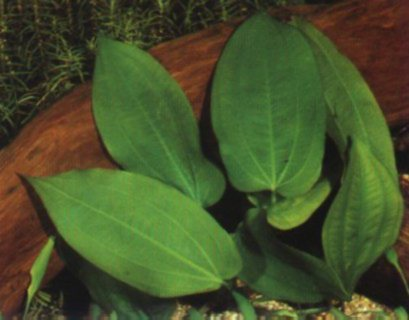 Quick plant statistics for the Sword Plant or Creeping Burhead